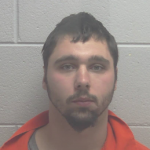 According to Virginia State Police Public Relations Director Corinne Geller, the crash that resulted in the death of Annie V. Thornton occurred at 4:20 a.m. on Route 45, less than a mile south of Route 669.

“A 1997 Chevrolet S10 pickup truck was traveling north on Route 45 when it ran off the right side of the highway as it came into a curve,” Geller cited. “The pickup then came back into the roadway, crossed the centerline and struck a southbound 2003 Ford Escape.”

She said the impact of the crash caused the pickup to run off the highway and overturn onto its side. Thornton was transported to U.Va. Hospital, where she succumbed to her injuries several days later.

“Dowdy was transported to a nearby hospital for treatment of serious injuries,” Geller said.

C.L. Foster, of the Virginia State Police, responded to the crash.