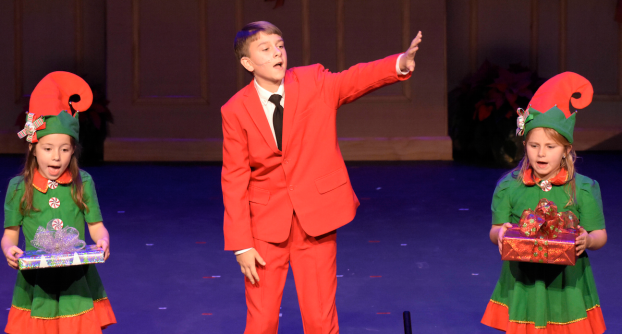 CVCS presents The Case for Christmas

Central Virginia Christian School presented, “The Case for Christmas,” to a sold out crowd at Jarman Auditorium on Dec. 15. The original musical drama depicted Mr. Grinchman, played by Joey Ownby, in a courtroom battle over the public display of the nativity at Christmas. “Judge Snoddy,” played by Davis Snoddy presided over the case with Julianna Crawford and Amelia Irausquin serving as the attorneys for both sides. The defendant, Chris Jingle, was played by Parker Furlong. A host of witnesses made their appearance in the courtroom testifying to the true meaning of the season, and each of the nine classes at CVCS were featured in musical numbers supporting the Defendant’s case. The program climaxed with the presentation of the Nativity and the entire school’s performance of “Believe.”