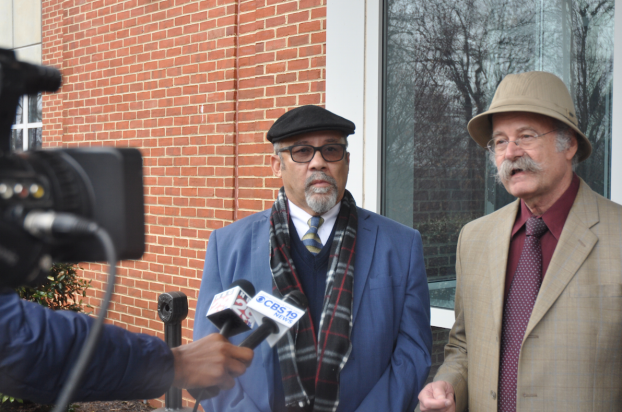 Compressor case to be appealed

The Blue Ridge Environmental Defense League (BREDL) will appeal the case against the 53,783-horsepower Atlantic Coast Pipeline (ACP) compressor station, which is sited for a parcel of property along Route 56 between Shelton Store and Union Hill roads. This follows a decision Monday in Buckingham Circuit Court by Judge William Alexander to dismiss the case on grounds that the petition against the Buckingham County Board of Supervisors was filed 60 days after the board made the motion to approve the special use permit for the station. Alexander cited that in order to meet a statute requirement, the complaint should have been filed within 30 days following the board’s motion.

According to a BREDL press release, the case was initiated in 2017 by the Blue Ridge Environmental Defense League working with local residents in the Union Hill community.

County supervisors approved a special use permit for the gas-fired compressor station in January 2017.

BREDL Executive Director Lou Zeller wrote a notice of appeal to the county dated Feb. 6, 2017 which is required by law to inform the county within the 30 days following the motion. Alexander cited that the notice was not sufficient in his opinion and therefore the petition itself, which was filed March 8, 2017, was not timely because it was filed 60 days after the decision.

“This is a very interesting case,” Alexander said.

He said he wished he was 100 percent sure in his decision and that it’s a case that likely will be appealed and should be appealed.

Regarding the notice, Alexander said he thought it did notify the county but that he didn’t think it was sufficient.

Buckingham County Commonwealth’s Attorney E.M. Wright Jr. represented the county while Charles M. Lollar represented BREDL. Wright laid claim that the original notice to appeal was not sufficient enough. Lollar said that in a county ordinance, it cites that a motion may be petitioned against for up to 30 days after the motion is filed. He also cited that this may mean if the motion is filed when minutes from that meeting are written. Minutes are written and distributed in the board packet for the following board meeting.

“The judge did say he was uncertain about his decision, and he hoped it would be reviewed by a higher court, and so we intend to take that to the bank,” Zeller said during a BREDL press conference following the decision.

The Federal Energy Regulatory Commission (FERC) approved a Certificate of Public Convenience and Necessity for the ACP and Supply Header on Oct. 13. According to Dominion Energy spokesperson Aaron Ruby, the FERC approval is the main regulatory approval needed prior to the beginning of construction.