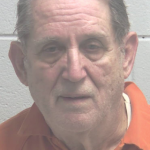 “Multiple computers and various electronic devices were seized and will be submitted for forensic examination,” police said.

Mottley is currently being held at Piedmont Regional Jail without bond.

Police said the local investigation was initiated when Farmville Police were contacted by the Southern Virginia Internet Crimes Against Children Task Force (SVICAC).

“The Task Force had developed information that Mottley was involved in the distribution of child pornography via a tip from the National Center for Missing and Exploited Children,” police said. “The case remains an active investigation and Farmville Police will continue to work with the Southern Virginia ICAC and other law enforcement partners to determine the extent of the distribution of this material.”

Prominent leaders in the town and county congregated Sunday for the dedication of the Barbara Rose Johns Farmville-Prince Edward Community... read more