The Prince Edward County Board of Supervisors unanimously voted to enter into a Memorandum of Agreement (MOA) with the Innovation and Entrepreneurship Investment Authority (IEIA) that will see the county participate in the Unmanned Aircraft Systems Integration Pilot Program. 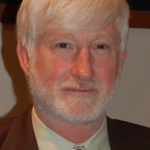 “The purpose of the program is to develop partnerships with industry, state and local governments to conduct research and development operational policies for use of Unmanned Aircraft Systems (UAS),” County Administrator Wade Bartlett cited in an agenda document for the Dec. 12 board meeting. “The commonwealth views the participation in the program as a means to cement Virginia’s leading role in UAS and to attract this industry to the commonwealth.”

According to Bartlett, in May 2016 Gov. Terry McAuliffe announced the Virginia Tech Mid-Atlantic Aviation Partnership had received a Certificate of Authorization from the Federal Aviation Administration (FAA) for research flights in an area of nearly 5,000 square miles in Central Virginia and budgeted almost $1 million for equipment for the new test range. Prince Edward is located in the heart of this range.

“The objectives of the program shall be to: (i) test and evaluate various models of state, local and tribal government involvement in the development and enforcement of federal regulations for UAS operations; (ii) encourage UAS owners and operators to develop and safely test new and innovative UAS concepts of operations; and (iii) inform the development of future federal guidelines and regulatory decisions on UAS operations nationwide,” Bartlett cited in the document.

The Presidential Memo that ordered the program specifically mentions the involvement of local communities/governments. To strengthen its application the IEIA would like to add localities as team members, the document cited.

“Becoming a team member will expose the county to this new industry,” Bartlett cited in the document.

He said there are four other areas in the state testing different things with UAS, “from package delivery in Loudon County to search and rescue and rugged terrain in Wyse County to how UAS will share the airspace around airports.”

He said Prince Edward County’s participation would include emergency management.

A recently established foundation received a pledge of $100,000 from three entrepreneurs in the Heart of Virginia to assist law... read more