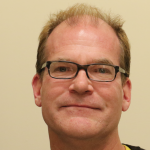 Open to H-SC students and recent graduates, the competitions features participants pitching their business-creation ideas “to a panel of experienced professionals and hoping to be accepted into next spring’s Tiger’s Den, a competition that could lead to a $15,000 investment.”

The 18 students are taking a class called Entrepreneurial Thinking, taught by Dr. Gregory Dempster, Elliott Professor of Economics and Business at H-SC and the Flemming Center for Entrepreneurship and Innovation.

He said he and the school “have had a number of students that have basically come out of this competition and gone and started a business right out of college.”

Originally, the competition was conceived simply as a component of Dempster’s Entrepreneurial Thinking class. It provided a key learning experience for his students, and it gave him an important chance to evaluate them.

“That was pretty much my way of assessing what the students were doing in the class,” he said. “I had them pick their own sort of venture idea or product 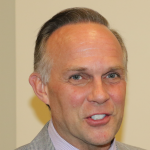 He noted the idea would be something that has undergone some development and been able to withstand some criticism, making it more likely to hold up well before the judges of the competition.

The contest still takes place in association with the Entrepreneurial Thinking class, but recently, “we’ve started to incorporate it more into the entrepreneurship program, which is what this center here, the Flemming Center, is all about,” Dempster said.

Now the IDEAS Competition functions as the first step of a larger process.

“Earlier today we had an information session for what we call our Venture Fund, which is meant to be sort of a next step,” Dempster said Nov. 29. “Once you’ve validated an idea that might have some potential, you work on it sort of in a way to get it implemented, and we’re actually instituting a venture fund that’s going to make selective investments in student-run businesses by both current students and recent graduates.”

Dempster said there could be multiple winners in the overall competition process or none — it all depends on the strength of the ideas being presented.

To help students strengthen their ideas, Dempster has been able to bring in an entrepreneur-in-residence, Daniel Morris.

“He’s our first entrepreneur-in-residence,” Dempster said. “We hired him this semester to come in about a day a week during the semester. And when students have these ideas now, instead of coming and sitting in front of me and me telling them, ‘I don’t know what you’re talking about,’ I send them over to Daniel who usually does.”

Morris described the job of entrepreneur-in-residence as one in which he is “bringing all of the war wounds that I’ve had to be able to help these kids get to the point of getting their company started and past (the) first phase without having to go through a lot of pain.”

“He brings the experience of having done it before…” Dempster said, to which Morris added, “…a number of times.”

Morris said he has met with almost all of the participants in the competition and helped develop some of their ideas. He said his role is to help students make connections.

“I make connections with the ideas to the different ways that they can bring them into fruition,” he said.

Dempster recruited area entrepreneur Christopher Sadler and Morris to join him on the panel of judges for the IDEAS Competition this year.

Seven presentations took place Nov. 27 and nine more occurred Nov. 29 in a Brown Student Center lecture room. Two presentations were made by pairs of students working in concert on the same venture idea. Each of the 16 presentations were part of 20-minute segments that allowed time for judges to give feedback. And their feedback could be described as lively and informative, enhancing the learning experience all the more for the aspiring entrepreneurs.

Prior to giving his presentation, junior William Ryland Barnes described the competition as an eyeopener, “because you always have ideas floating around. It just shows you how to get that idea onto paper and into action rather than just talking about it.”

Senior Ian Levin said, “Seeing how much work goes into that, it’s pretty cool. It gives you appreciation for what entrepreneurs have to go through to be successful.”

Morris praised the competition, noting that it provides “a safe environment to be able to test your idea.”

Dempster said contests like his IDEAS Competition are becoming increasingly common at colleges.

“But I think it’s really useful at a place like this because we’re small,” he said. “It’s a small college, but entrepreneurship is something that a small college can really do just as well as a big college, to be quite honest.”

He noted that entrepreneurship is not resource intensive.

“Entrepreneurship is really about learning how to learn how to do things — figuring out where to find information and figuring out how that information relates to what you’re trying to do,” he said. “So, (for) a small college like this that has kind of a history of leadership and young men turning into CEOs and community leaders and things like that, it’s really sort of ideal.”

School leaders across the Heart of Virginia are working toward meeting new requirements following the Virginia Board of Education’s Nov.... read more