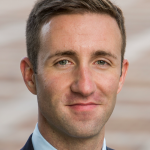 “This week the National Park Service issued Construction and Right of Way permits for the Blue Ridge Parkway crossing,” said Dominion Energy spokesperson Aaron Ruby. “The agency concluded that the crossing is consistent with the long-term conservation of scenery, wildlife and cultural resources under the agency’s care. The agency’s approval was reached after more than three years of careful study and meaningful engagement with the public and other agencies.”

Ruby said the ACP will be installed through a tunnel 800 feet below the Blue Ridge Parkway using a technique known as a Horizontal Directional Drill.

In January 2017, county supervisors approved a special use permit for a hotly-contested 53,783-horsepower compressor station, slated to be constructed between Shelton Store and Union Hill roads on Route 56. The project’s development has drawn protest from residents in Buckingham.

The Dec. 12 receipt of conditional water permits followed a series of public comment sessions over the summer, one of which took place at Longwood University. The hearing at Longwood included about 23 people who spoke in favor of the ACP and approved the draft water quality certifications, while 51 spoke against the pipeline and in support of denying the certifications.

The Federal Energy Regulatory Commission (FERC) approved a Certificate of Public Convenience and Necessity for the ACP and Supply Header on Oct. 13. According to Ruby, the FERC approval is the main regulatory approval needed prior to the beginning of construction.

Friends of Buckingham filed a Request for Rehearing on Nov. 13 with FERC regarding FERC’s decision to issue a public convenience and necessity certificate for the ACP.

“A Request for Rehearing is the next step we are taking legally to stop the (ACP),” said Heidi Dhivya Berthoud, of Friends of Buckingham. “We have done this for our friends and neighbors so that we can all preserve our ability to take further legal action against FERC for the crimes they are committing against Buckingham County.”

Friends of Buckingham also requested a Motion for Stay, which, if successful, would halt any progress on the project.

“FERC may rule on the Request for Rehearing and the Stay, or it may choose not to,” Berthoud said in a press release. “But no matter the outcome, this will open the door for further litigation.”

The Virginia State Water Control Board approved Tuesday an amended certification for the proposed Atlantic Coast Pipeline (ACP) that is... read more