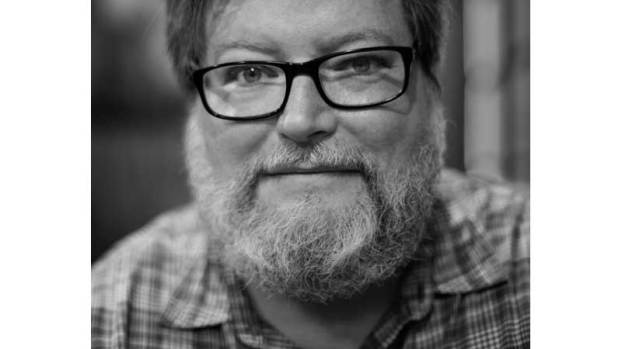 Keith Alan Sprouse used great intellect and distinct empathy to help many people during his life as a teacher, therapist and friend.

‘The best of both worlds’

A little more than a month ago, the world lost a man with a remarkable combination of intelligence and relatability that enabled him to be an encouragement and a help to everyone he met, including many in the Heart of Virginia.

As stated in his obituary, Keith Alan Sprouse died from complications of HPV-related head and neck cancer Oct. 21 at the age of 51.

Though passing away at a relatively early age, his obituary was lengthy, and fittingly so, as his passion to learn and help others led him to have a wide range of life experiences.

The lead paragraph of his obituary describes him as “a talented teacher, photographer, and therapist and a gift to all who knew him. He had a keen mind and a generous heart, fed by a great love for conversation, travel, bookstores, good food, good cigars and Laphroaig scotch whiskey.”

Allowing his obituary to tell his story leading up to his time in Farmville, it notes that he became significantly involved with athletics as a teenager, most notably as a boxer and a champion BMX racer.

“After high school, he joined the Marines and became a Manual Morse Intercept Operator, was stationed in Spain, served on a submarine, travelled around the Mediterranean, ran with the bulls and discovered fine food and drink,” the obituary reads. “He then moved back to Illinois, where his fascination with stories, storytelling and languages led him to complete (a Master of Arts) in French language and literature from Illinois State University.”

The obituary states that Sprouse went on to the University of Virginia to pursue a doctorate, and then he “spent 12 years as in instructor in French and Spanish at Hampden-Sydney College, teaching literature, rhetoric, languages and cultural studies, and published several papers on language and notions of identity in postcolonial literature.”

“Initially, he was hired to teach a few French classes, but as demand rose in Spanish, we quickly took advantage of his Spanish abilities, as well,” she said. “His fluency in both French and Spanish allowed him to fill the staffing gaps effortlessly between the two languages. As a colleague, he was a rich source of stimulating conversation on any topic imaginable, a hearty laugh and all-around camaraderie. For students, he was a fountain of fascination with tales of his travels and adventures as a Marine.”

As indicated in his obituary, Sprouse is survived by his brothers, Kevin Sprouse and Craig Sprouse, his parents, Tom and Linda Sprouse, and his wife, Sarah Wells.

Wells gave some insight into how Keith challenged and benefited his students, noting that he taught them how to argue both sides of a story and how to recognize their own preconceived ideas.

“The students would try to figure out where he fell politically, what was his point of view, and they could never figure it out, and he sort of prided himself on that, I think,” Wells said. “He was an extraordinarily intelligent man, very accomplished, just naturally one of these people who had an amazing memory.”

She noted how students tend to look to professors as role models.

“He took that very seriously,” she said.

DeJong said, “His student mentoring, especially of those who needed a sympathetic ear, led to his interest in pursuing a degree in counseling.”

Wells indicated he originally planned to go into college counseling as a high-level adviser, but then his direction changed.

“He came from a poor background himself and had gone through some struggles as a teenager and as a young man, had a lot of trouble figuring out who he was and figuring out what he was good at,” Wells said. “And I think he really felt drawn to work with people struggling with addiction, because some of these addiction issues are in fact tied to socioeconomic factors, to mental illness, to just luck of the draw, being born into a really bad situation and having no one out there to help you and to teach you to cope. And he was very good at it, as it turns out. He had a real ability to see the person behind the illness and to take that person seriously and to really work to give that person tools to cope.”

In Sprouse’s obituary, it reads, “After two decades in academia, his concern for students who were facing issues outside the classroom led him to the study of psychology and counseling. He underwent training to become a therapist, completing the Community and College Counseling master’s program at Longwood University.”

Dr. Maureen Walls-McKay, director of Counseling and Psychological Services (CAPS) at Longwood, had Sprouse as a student in class, and she noted that he also served as a graduate-level intern at CAPS.

“I would say in the classroom, as well as here at CAPS, working with students, clients, I just always loved and appreciated and admired Keith’s curiosity and his love for learning,” Walls-McKay said. “And he wasn’t boastful about it. Even I learned things about Keith reading his obituary.”

She benefited in an outstanding way from his intellect even when he was still her student.

She said, “I can remember in the class that I taught him, after the first exam, he said, ‘I tried to imagine what you might ask on the exam.’ He said, ‘I wrote out a whole list of questions that Dr. Walls might ask.’ And then he said, ‘Then I answered each question.’

She brought it up again later in the semester.

“I said, ‘Keith, would you share those questions with me?’ And he did, and I still have them, and they are better questions than I would ever ask,” she said with a laugh. “I actually used some of his questions on future exams.”

Dr. David Davino is a staff psychologist and training coordinator at CAPS who worked with Sprouse at CAPS and became close friends with him over the years since then.

He described Sprouse as having a huge intellect that was tempered by a great ability to connect with people.

“He can relate to people so well, and I think it’s that combination that made him really effective with the people he served, someone who brings this very big awareness of psychological training and conceptualizing people but also this real degree of warmth and empathy,” Davino said. “He’s a very outgoing person who really has a strong curiosity of wanting to know who you are.”

Davino added that Sprouse was “someone that you can be really open with, and that is helpful in the counseling field, but it’s also helpful (in) creating these great, strong friendships.”

He noted that Sprouse enjoyed many strong friendships.

“In 2015, he became the Charlottesville-Albemarle Family Treatment Court Coordinator, working to protect the next generation by offering treatment and a fresh start to parents struggling with addiction,” the obituary reads.

While at Crossroads, Sprouse worked with Gary Shepherd, an emergency services prescreener and outpatient treatment coordinator. Shepherd described Sprouse as “the best of both worlds.”

“This is a man who could discuss world events — in depth and accurately with acute insights — while puffing on the finest cigar and drinking a label that you and I have never heard of, let alone seen,  and he’d be happy to tell you about it if you inquired, but he’d never come off as better than anyone. At the same time he could go to a pool hall, drink bottom rail and make jokes that remind you he was a Marine and truly belong. He was literally the most brilliant person I’ve ever met and could carry a regular conversation with anyone about anything comfortably without making anyone else feel dumb or lost.”

Leadership of the Barnes & Noble at Longwood, Longwood University and the Farmville community gathered to celebrate the bookstore’s new... read more