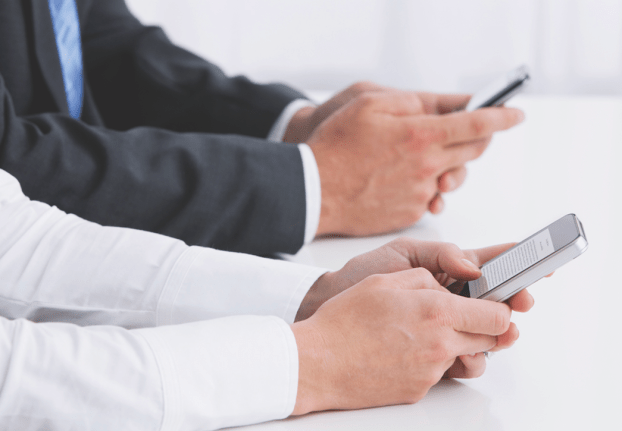 Resolve to put down devices and reduce screen time

Electronic devices have infiltrated nearly every aspect of daily life. And thanks to the portability of today’s smartphones and tablets, many people are rarely without access to the internet or other digital applications.

A 2016 Nielsen Company audience report found that adults in the United States devoted about 10 hours and 39 minutes each day to consuming media. The analytics firm Flurry says users are spending nearly half of that time on mobile devices, particularly using mobile apps. Active Healthy Kids Canada reported in 2014 that children between the ages of three and five spent an average of two hours per day in front of screens, while the statistics group eMarketer estimates that adults in Canada spent an average of nine hours and 41 minutes a day using media in 2016.

The Canadian Paediatric Society states that exposure to digital media is a concern and can affect children and families. Exposure to screens can be habit-forming, and early overexposure increases the likelihood of overuse later in life. Reducing screen time has become a mantra in many households across North America and may also be something adults hope to do in the future. The following are some ways to cut down on screen time.

• Keep a journal. A journal can help men and women log their screen time over the course of a few weeks. Jot down time spent watching TV, using a computer, using mobile devices, or playing video games. Some people may be surprised to learn just how much time they’re spending staring at screens, and that realization may be just what they need to make changes.

• Use a standard alarm clock. By not using their smartphones as alarm clocks, people can avoid the temptation to begin looking at social media or emails even before they’ve wiped the sleep from their eyes.

• Make a list of goals. Rather than reaching for a phone, Digital Detox experts suggest keeping a list of goals and experiences in one’s pocket that they can refer to when they’re tempted to look at their screens. Then they can engage in a real-world experience instead of simply looking at their phones.

• Schedule media hours. Set aside blocks of time when media use is allowed, and resist the urge to activate devices throughout the rest of the day.

• Put away the phone or tablet. Simply moving a device out of sight may reduce the temptation to send a text or hop onto an app.

• Remove superfluous apps. Delete apps that take up too much of your time. Having to go the extra step to view Facebook on a web browser, for example, may reduce the likelihood that you will do so.

• Go screen-free. Resolve to leave home without a phone for a few hours to enjoy unencumbered screen-free time.

Electronic devices can be addictive. But over time and with some concerted effort, men, women and children can cut back on screen time.

Students and faculty with the Buckingham County Primary and Elementary schools enjoyed a special breakfast and program in honor of... read more