A 35-year-old Piedmont Regional Jail male inmate was indicted Nov. 21 by a grand jury on charges of aggravated malicious wounding and second degree murder in connection with the death of a 34-year-old male inmate from Culpeper.

According to Prince Edward County Commonwealth’s Attorney Megan Clark, a third charge of malicious wounding was certified to circuit court.

Sisson, according to a press release issued by the jail Aug. 31, “was involved in an altercation with another inmate.”

“Inmate Sisson required emergency treatment at Centra Southside (Community) Hospital … After being triaged at Southside Hospital, he was transported to the Medical College of Virginia (MCV) with head trauma,” officials said in the press release.

According to jail officials, “(Sisson) remained at MCV until Aug. 18, when he was 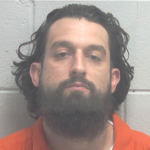 released to return to PRJ, where he remained on medical observation. On the night of Aug. 21, an officer observed inmate Sisson lying on the floor of his cell. The jail’s medical staff promptly triaged … Sisson and determined that he needed to be transferred to Centra Southside Hospital. Upon arrival at (the hospital), he was again transported to MCV Hospital … Sisson died Aug. 21 at (6:24 p.m.).”

When asked why she contacted State Police, Clark said in a previous interview that she “received a visit Aug. 21 from the decedent’s mother, and she indicated that her son had been beaten pretty severely back on Aug. 12 at PRJ. And at that point, she just wanted to know what she could do to possibly get him out of that particular facility,” Clark said. “That was the first time I had been made aware of the assault that took place on Aug. 12, and no one else in my office had been made aware of it.”

“When I spoke with her and based on the description of the injuries that he sustained, to include not being able to see out of one eye and not being able to hear, I called (Superintendent) Donald Hunter at the jail (and) asked him to brief me on the situation, which he did. Then I contacted State Police … It was later in the day that I found out that the decedent had been taken to the hospital where he was later declared brain-dead,” Clark said.

“The charges are the result of an investigation by the Virginia State Police Bureau of Criminal Investigation’s Appomattox Field Office, in conjunction with authorities from the Piedmont Regional Jail,” State Police spokeswoman Corinne Geller said regarding the incident. “The investigation stemmed from an assault which occurred at the jail on Aug. 12.”

Geller said the State Police investigation was initiated Aug. 21 at the request of Clark.

Clark said typically State Police “handles investigations at PRJ because our sheriff sits on the PRJ Board. And to not have any perceived conflict … they don’t handle those investigations.”

PRJ board votes on loans

Members of the Piedmont Regional Jail (PRJ) Authority voted to approve a short-term and long-term loan for a 5,210-square-foot one-story... read more