Bringing in the sheaves: Part II 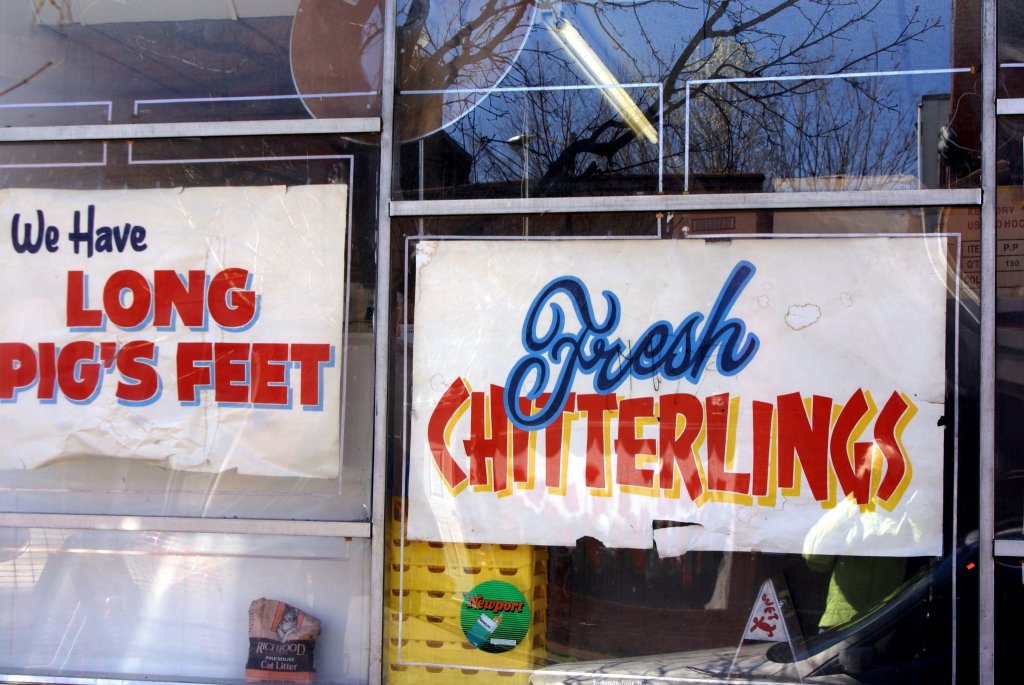 If you know where to look, it’s still possible to find properly cooked innards for sale.

By late fall, the pace of life on the farm had slowed to an almost leisurely pace. Sure, daily chores still had to be done, but the young men went hunting nearly every day, and the old men retreated to the corncrib where they shucked and shelled dried corn. On many days, they spent their afternoons picking up pecans and black walnuts, which would be shelled and used in their wives’ holiday baking.

When the first serious cold snap struck, however, the pace of life quickened. It was time for hog killing. Most farmers kept at least several pigs in a rickety pen where they were fed table scraps, acorns and corn. Sometimes the pigs were given names, but everyone knew that they would be eaten; that’s just the way life was on the farm.

On hog killing day, neighbors helped each other. Some men were skilled at killing the pigs; some knew the best way to remove hair and bristles; and others were expert butchers. The women were in charge of sausage making and related endeavors. Everyone down to the little kids had a job.

Just after dawn, the men assembled in the back yard, close to the kitchen door so that heads, innards and other cuts could be quickly taken indoors to the women. The first order of business was to set up a tall wooden framework where newly killed pigs could be hung for gutting and draining blood. Huge cauldrons and even larger troughs were positioned over wood burning fires. Rough tables were also assembled from sawhorses and planks.

One man, however, wasn’t in the backyard. He was the shooter, a supremely good shot who could use a rifle to kill each pig quickly with just one shot between the eyes. In my family, this person was always my uncle. He was a kind-hearted shooter, determined that the pigs shouldn’t endure any unnecessary suffering. After all the pigs had been shot, he said a prayer thanking the pigs for their sacrifice and vowing that their meat wouldn’t be wasted. It was a very Zen moment in an otherwise frantic day.

As soon as the rifle shots were heard, the men in the backyard filled the troughs with water and added extra wood to the fires. The men worked together to hang the pigs upside down from the wooden scaffolding and to split them open and to bleed them. On a crisp, cold morning dense clouds of steam would arise from the gutted pigs. As you might expect, the entrails were set aside. The liver was turned into liver pudding. Intestines were cleaned repeatedly to make that great Southern delicacy “chitlins.” My job as a six-year-old was to help with the cleaning. I had to hold the intestines while someone poured water through them. I don’t remember being bothered by any of this; it was just what was done if you wanted to eat meat.

Freshly drained carcasses were moved to the troughs of hot water for scalding and then dumped on the tables for scraping until no hairs or bristles remained. And then the butchering began. In no time at all, the pigs were reduced to piles of legs for hams, ribs, sides for bacon, small random pieces of meat for sausage and tenderloins. Small scraps of fat and meat were tossed into the big black cauldrons and stirred occasionally until all the fat was rendered for lard and just little pieces of fat/skin remained. These morsels, known as cracklins’, were treasured additions to cornbread. Not fancy gussied up cornbread with sugar and eggs in it, but the classic corn pone — white cornmeal, water, soda, and cracklins’ — cooked in a cast iron skillet greased with a judicious amount of lard.

Meanwhile, the women were busy indoors. They boiled the head with pickling spices and then picked off all the meat to make head cheese or souse, a jellied meat and pepper concoction that would be sliced, dredged in cornmeal and fried for breakfast. Feet or trotters were boiled and then pickled. Scrappy meat was put through a grinder, mixed with sage, red pepper and salt before being formed into patties and fried. The cooked patties were then either canned or packed in crocks with lard and stored in a cool place. Nothing, absolutely nothing, was ever wasted.

By the end of the day, the bacon and hams were ready to be packed in the big salt box in the smoke house, the first step in the curing and smoking process that resulted in hickory smoked bacon and amazing country hams that would be kept for consumption the following year. Everyone was tired by the end of the day, but it was a good tired with a promise of feasts to come. There would certainly be a chittlin’ supper with cracklin’ cornbread within a few days. There might even be fried tenderloin served with gravy and mashed potatoes. The days were short, and the nights were cold, but everyone knew that the cycle of life continued.

Heresy in the garden