Hampden-Sydney College’s Bortz Library is a special place, and its stellar track record of high regard continues as it is ranked 12th nationally by The Princeton Review in the publication’s 2018 issue. 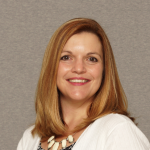 “The Princeton Review ranking is particularly meaningful to me because the library’s ranking is based directly on student feedback,” said Shaunna Hunter, director of the Bortz Library.

She noted that on the website explaining The Princeton Review’s college ranking methodology, it says students surveyed shared their campus experiences and rated various aspects of their college life.

“To know that our students responded positively enough to put us on the ranking list, among some very prestigious and much larger institutions, is very gratifying,” Hunter said.

On the 2018 Best College Library list, Hampden-Sydney College (H-SC) ranks higher than such schools as the College of William & Mary (No. 13) and the University of Virginia (No. 18).

“Bortz Library at Hampden-Sydney College is undoubtedly the finest I’ve encountered in all of my years in academia,” H-SC President Dr. Larry Stimpert said. “It is no surprise to me that Bortz Library has been consistently ranked highly on a national level and that it is wildly popular with our students. This year’s 12th-in-the-nation ranking by The Princeton Review is a testament to the quality of the facility itself and the collective capability of the library staff who serve our community and students.”

Such persistently high acclaim prompts the question of what precisely it is that makes the facility so special.

“Bortz Library is a beautiful facility, so there is no denying the physical space has much to do with our consistently high ranking,” Hunter said. “The library was designed and furnished with our students in mind, so the look is very traditional but very comfortable at the same time.”

As stated on the H-SC website, “When Hampden-Sydney began planning for a new library, our librarians researched how young men use space, work in groups and complete tasks. That research influenced the building’s floor plan and furniture decisions, such as the installation of larger tables and chairs to accommodate big men and plenty of comfortable chairs and couches for long study sessions.”

Hunter said there are a variety of spaces for individual and group study, including group study rooms and study carrels. Furniture ranges from tables and chairs to leather armchairs with ottomans.

“We also offer up-to-date technology, so while students can enjoy our traditional-looking library, they can also access PC and Apple desktop and laptop computers, scanners, printers, specialized software and a variety of equipment available for borrowing,” Hunter said. “We have everything from toolkits and a bicycle repair kit and pump to a GoPro camera and LCD projectors.”

“We went through a fairly extensive remodel in 2015-2016, so we were fully expecting to drop off the list because of the noise, dust and inconvenience,” Hunter said.

The remodeling brought about some key changes, though, that could help the facility to climb back up the list as it did before.

Hunter pointed out that when Bortz Library first opened, an out-of-the-way location at the rear of the building on the first floor is where one would find what was known as “the media center.”

“The college administration made the decision to move the campus Computing Center to the library, and so to make room for their area, the media center moved upstairs to the main floor and became an open Technology Commons,” Hunter said.

She noted that this type of improvement is typical of today’s academic libraries.

Bortz Library now contains not only the library but also the Computing Center and the Office of Academic Success.

“Bringing multiple student services together in one building has increased communication amongst the three units, and it has made the library an even more useful space for students,” Hunter said.

Many of the benefits provided by the library are open to not only H-SC students but also the public.

Come hear the extraordinary story Sunday, Oct. 29, at 3 p.m. at the Hampden-Sydney College Atkinson Museum about how Agecroft... read more