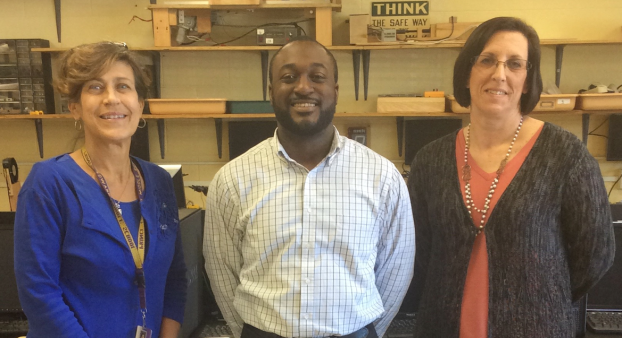 Prince Edward County Public Schools (PECPS) was recently awarded a grant by the Virginia Department of Education (VDOE) for a robotics team that will be set to compete during the 2018-2019 school year.

The grant of $5,000 was announced Friday in a news release from PECPS.

The grant will be used to create a robotics team that will be set to participate in the LEGO For Inspiration and Recognition of Science and Technology (FIRST) Tech Challenge during the 2018-2019 school year, according to the release.

The LEGO FIRST Tech Challenge is a leading Science, Technology, Engineering and Mathematics (STEM) organization where students from grades 7-12 create robotics and compete with other students.

The FIRST Tech Challenge for the 2016-2017 school year yielded more than 55,000 participants and more than 5,000 teams, according to the FIRST website.

“As a first time recipient, Prince Edward is also eligible to receive a second-year (initiative expansion) grant in the subsequent school year,” the release from PECPS cited.

Hurt said prior to the division entering the event as a team, students will attend robotics competitions to know what to expect.

She said both teachers have been instrumental in fostering passion and skills in STEM for their students.

“He’s doing some wonderful things with the students in the robotics class,” Hurt said about Bates’ involvement, including building robots from Lego kits. “Showing them different robotics kits, starting from something as simple as wiring a circuit board with his ninth grade robotics students up to building Lego Mindstorms robots.”

“Our fifth graders are just very excited and interested in doing anything that they can with technology and robots and coding and programming,” Hurt said. “They’re very eager to start learning that. Mrs. Rice, she instills a love for robotics and anything STEM actually. So she is really intriguing the kids with what is it, and how can I learn it, and how can it help me and how can it help our community with some of the challenges and problems we all face.”

She said the goal of the school system is to weave STEM programs into all grades, not just high school and middle school.

Hurt said she and other teachers across the board will focus on incorporating more STEM programs from elementary to high school.

“We really want a K-12 program in the future,” Hurt said.

The national-level acclaim continues to come for Hampden-Sydney College (H-SC). After placing highly in rankings released by The Princeton Review... read more