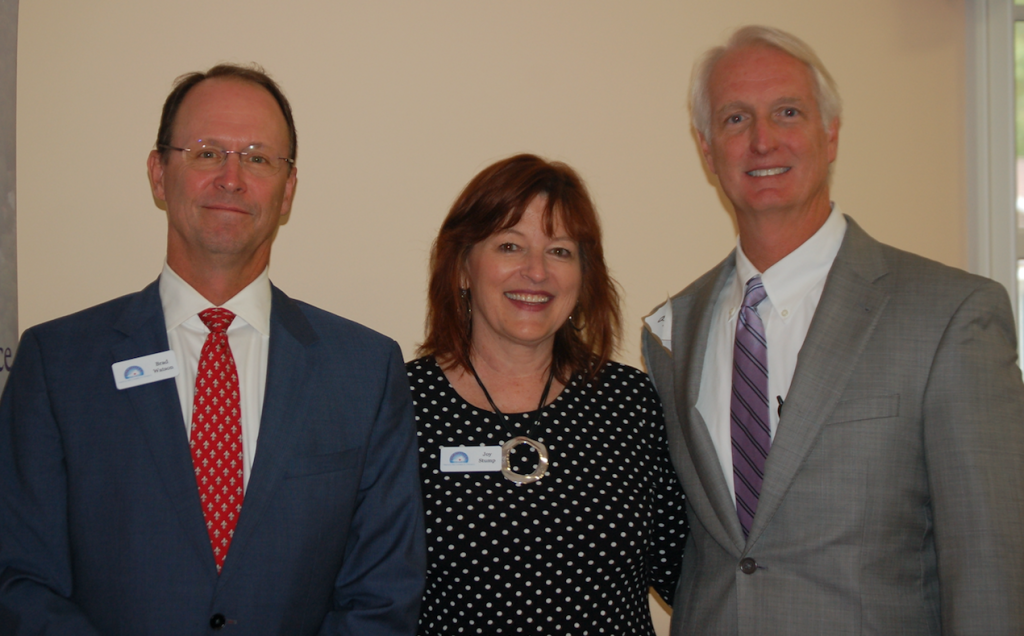 Peake’s district includes the counties of Amherst, Appomattox, Buckingham, Cumberland, Fluvanna, Goochland and Prince Edward, along with parts of Louisa and Lynchburg City.

Peake, during the discussion, spoke about his involvement as a senator, being elected during a special election in January.

More than 70 attended the meeting, and some asked questions related to solar energy and gerrymandering.

Peake said he frequently attends political and nonpolitical events across the Heart of Virginia, noting his attendance of a picnic for the Republican Party in town last week and visiting school board and county meetings in Prince Edward, Cumberland and Buckingham counties.

He noted the importance of community input in contacting state representatives about issues that affect local government and education.

“We serve you, and that is our obligation. But we need to hear from you guys (as to) what is going on, what opportunities exist (and) what kind of developments you want to make,” Peake said. “It’s up to you guys to keep us informed (as to) what’s going on in the area.”

Following a question from the audience regarding the upcoming legislative session, Peake said this year, members of the state legislature will discuss the budget and will ready themselves to discuss issues related to the economy, education and taxes, along with social issues.

“You never know what issue might catch on,” Peake said.

He noted Confederate statues in the commonwealth — the subject of a white nationalist march in Charlottesville that resulted in the death of three people — have been the topic of debate among state officials.

“We have a statute on the books that prevents localities from moving or altering war dedication, war memorials. (Attorney General) Mark Herring had argued that that was only applied to statues erected after 1998 or 1999 when they passed that. The Charlottesville court has said no, it applies to all of the statues going back to the late 1800s, early 1900s,” Peake said. “That will probably be appealed. I’m sure it will be appealed. So, we may have some legislation on statues. There, I’m sure we’ll have some gun proposals, gun legislation, because of Charlottesville and marching with guns and carrying guns and open parades in addition to what might come up after the tragedy in Las Vegas.”

When asked what issues were most important to him, Peake said he believed in less state and federal government involvement toward small businesses and economic growth. He noted that tax reform may be a topic of discussion during the upcoming legislative session.

Hood Frazier, of Prince Edward, posed a question regarding gerrymandering and redistricting.

“I don’t like the incumbent protection part of it,” Peake said. “I told people that I will vote for constitutional redistricting, which is continuous and compact districts, and I think that’s what we have to do, and the public has paid a lot more attention to it. The 2021 group is out there, and putting a lot more pressure on lawmakers to sign it. You’re getting people on both sides who are starting to come together on that. I’m not sure that I’m willing to just turn it over to an independent group because I don’t believe there are just true independent groups, and those people don’t answer to anybody. If we do it, we have to answer to the voters.”

Peake said following the meeting he attends events to gain perspectives from area residents that he can take to the state legislature.

“People want to know who’s representing them,” Peake said. “One of the most important things I can do is be available to talk to the citizens.”