The decision to change the name of J.E.B. Stuart High School, a school among Fairfax County Public Schools (FCPS), was finalized by the Fairfax County School Board after a two-year community debate regarding the school’s current name, J.E.B. Stuart, named after a Confederate general in the Civil War. 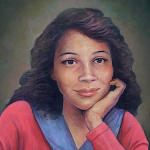 “In July, the Fairfax County School Board voted to change the name of J.E.B. Stuart High School,” John Torre, public information officer with FCPS, said, “On Sept. 9, there was a community meeting at Stuart High School to solicit new names for the school and 73 names were proposed.”

A community vote taking place Sept. 16 for the 73 names yielded five names that had the most votes.

The names receiving the most votes include 917 votes for Stuart, (removing J.E.B.); 737 votes for Johns; 763 votes for Justice Thurgood Marshall; 494 votes for Peace Valley, named after the street where the school is located and 328 votes for Louis Mendez Jr., a World War II hero who lived in Falls Church prior to his passing in 2001.

“The superintendent recommended those five names to the board for consideration,” Torre said. “The board discussed the names (Monday) and will take a final vote at their regular meeting scheduled for Oct. 26.”

Moton Museum Director Cameron Patterson said Johns and Marshall as potential names showcases the impact their advocacy has had in the U.S. 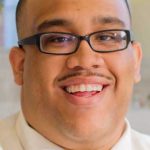 fellow Moton classmates played in advancing equal opportunity for all,” Patterson said. “It is even more exciting that her name is being presented as a finalist along with Justice Thurgood Marshall, who helped to lead the NAACP’s efforts to advance civil rights efforts across the country.”

Recognition of Johns’ impact in Prince Edward has increased both in the state and in the country.

The recently renovated Ninth Street office building in Richmond’s Capitol Square was renamed after Johns in February, and a joint-senate resolution passed this year marks April 23 as Barbara Rose Johns Day in the state of Virginia.

“Adding the name Barbara Rose Johns to this school building in Fairfax would be a great reminder to the community and young students that come through those doors each day that they have the ability and tools to make extraordinary change in our democracy,” Patterson said.

Media in the Trump Era

The President’s Lecture Series for the 2017-18 academic year at Longwood University began with a well-attended first installment that featured... read more