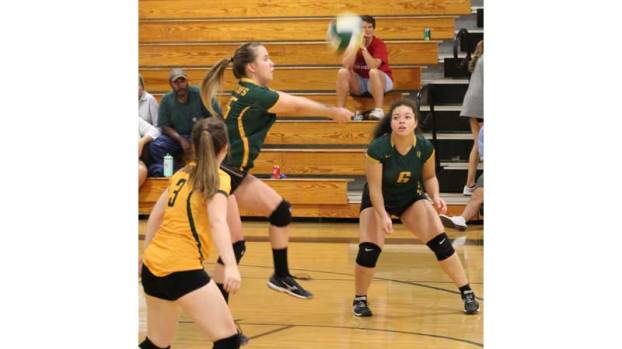 With their loss to host Central Lunenburg High School on Tuesday, the Lady Knights fell to 3-11 on the season.

“Right now I have (nine) seniors on the team, but we lost six seniors from last year,” said new Lady Knights Head Coach Neal Aldridge. “So, other than one player that is a senior this year, everybody else, basically, is fresh on the court because all the (now-graduated) seniors played last year. So, we have a senior team, but not a lot of experience as far as being on the court.”

Another factor complicating the development of the team this year is the adaption to a new coach and a new system as Aldridge has taken over for Alan Hershberger.

“I’m running a little bit different offense than Alan ran last year, so that was also hard to get (used to),” Aldridge said. “They’ve learned it, but when I make substitutions, it’s really hard for them to keep it in their head how everything’s going. So, that’s been a struggle.”

Conferences have now been phased out with the Virginia High School League’s (VHSL) latest realignment.

Though the team misses the experience of the graduated seniors, Aldridge likes the quality of his roster on an individual level.

“I have a really, really, really strong group of girls as far as talent-wise,” he said. “To sit and look at each individual player, I feel like I’ve probably got the second- or third-best team in our (district), but getting it all together is where we’re struggling. We continue to beat ourselves with silly things like serves not going in and little mistakes that kill your momentum and things like that. We haven’t quite got that cohesiveness that we need.”

Aldridge said Logan Edmondston is the only senior on the team who logged significant playing time last year, and if he had to pick an offensive standout, it would probably be her “because she’s my middle hitter, and that’s where our offense runs through is through the middle.”

The coach noted that his team went through a stretch early this season in which it faced four of the toughest teams in the state at the VHSL Class 2 level.

“In all of those games, we competed really well,” he said, hoping to see more of that level of play from his squad as the season nears its conclusion.

Hampden-Sydney College’s football team opened its conference scheduled with a win Saturday and improved to 2-2 on the season after... read more