The Southern Virginia GO Region 3 Council — which represents the counties of Buckingham, Cumberland, Prince Edward, Charlotte and Lunenburg — is accepting applications for projects that would align with the Growth and Diversification Plan for potential funding. 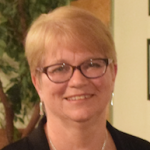 According to Liz Povar, the GO Virginia interim contract manager, the cutoff date for the applications is Nov. 6.

She said the goal of the applications — which are extensive — is to ultimately help create an environment that has higher-paying jobs.

“The application is in essentially three or four sections, so you have the first section (which) is just describing the project and the overall outcomes that the project will achieve in helping the region advance toward the goal of higher-paying jobs,” Povar said. “… The second section really deals with the return on investment. So, for the money that is invested into the project by the commonwealth, what is the return on investment over a three-year period?”

She said another section of the application deals with the alignment with the Growth and Diversification Plan that was created for Region 3.

She said the third one is sector development.

She said a month ago the council had a request for ideas that was much simpler. The council received nine individual ideas.

“Those were reviewed by the regional council and feedback was given to each of the responders,” Povar said.

She said the ideas came from consortiums of workforce partners.

“The areas that were most prominently suggested had to do with talent development and talent retention and essentially building the skillsets of the workforce in the region. That was the most prominent theme that came out,” Povar said.

Povar said applications must involve projects that have collaboration of at least two local units of government.

“This is different than traditional grants,” Povar said. “Most grants that come go to a single entity. To even be eligible this grant application requires at least two local units of government and the more the merrier, the more the better. The more you can find common ground with your neighbors and submit a project application with multiple partners, the better opportunity exists. It’s very much a regionally-aligned program.”

Town Manager Gerald Spates says the recent decision to seek an outside consultant to review and amend the town’s comprehensive... read more