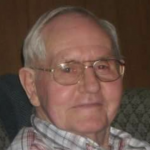 Cornelius “Earl” Ferguson, 85, of Prince Edward, VA, passed away on Friday, Oct. 20, 2017. He was born in Cumberland County on Jan. 31, 1932 to the late Arthur and Ethel Ferguson. He worked for more than 25 years for the Department of Forestry.

He was preceded in death by his wife, Nancy Robertson Ferguson, a son Cornelius Ferguson, Jr (Bo) and two brothers, Arthur Ferguson and James Ferguson.

A funeral service will be held at Puckett Funeral Home on Wednesday, Oct. 25, 2017 at 1 p.m. with interment at Westview Cemetery. The family will receive friends one hour prior to the service starting at 12 noon.

Annie Verlean Thornton, 66 of Cumberland, departed this life on Thursday, Oct. 19, 2017 in Charlottesville, VA. She is survived... read more