Members of the Cumberland County Board of Supervisors voted to approve a campground Tuesday that could be used by workers at the Cobbs Creek Reservoir or recreational hunters.

The four-unit Recreational Vehicle (RV) Campground was proposed to be located in the area of Game Farm Road in Cartersville. 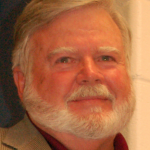 The applicants, Jackie and Della Ford, sought to use the four-and-a-half-acre property, zoned as Agricultural-1, for their daughter to place a residence in the property in the future and contain up to four RV units for workers at the Cobbs Creek Reservoir site and sportsmen and hunters who pass through the area, Planning and Zoning Director Sara Carter said.

Jackie spoke during the hearing, and three members of the public spoke, with one speaking in favor of the campground, one voicing concern and one urging the county for greater coordination between county departments and state regulations.

Jackie said the property would not be visible from the highway.

“It only joins one gentleman’s property other than mine and my daughter’s. You can’t see it from the highway … I think it would bring income into the county and help everybody out,” Jackie said.

Jackie said one property is owned by his daughter and said he owns the remaining two properties.

Jackie said he had met with all of the nearby residents except for one who works during evening shifts. He said no one had objections when he spoke to them. 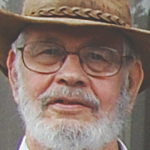 Carter said following a public hearing from the Cumberland County Planning Commission that members of the commission recommended denial of this application on a 4-1-1 vote, with four voting recommending denial, one abstaining and one recommending approval.

Carter said a list of conditions for the campground similar to other campgrounds the county has approved in the past include complying with federal, state and local regulations for use of private water, sewer and electricity; that the conditional use permit be evaluated and potentially revoked if law enforcement members are called to the scene more than twice over a 30-day period; that noise is restricted between the hours of 11 p.m. and 7 a.m. daily and that permanent residency on the property is not enabled unless meeting all applicable subdivision and zoning regulations. Commercial activity is also prohibited on the property.

Carter noted a new condition that was added includes a Right of Entry, meaning that the Cumberland County zoning administrator can enter the property with 48 hours notice to the owner to make sure the property follows the conditions.

Speaker Scott Newton, of Columbia, urged the county and members of the planning commission to better coordinate to make sure campgrounds meet state regulations and are economically beneficial.

“It’s imperative that you all do something about this from an administrative point,” Newton said.

Speaker Rob McLean, of Cartersville, voiced concern about the proposed campground, noting that the location could pose problems for nearby residents, including concerns about the effectiveness of the septic system, whether the land would be taxed and neighbors not knowing the tenants who would be staying.

“I have talked to a lot of the other neighbors on the street, but there are also people here who … have property on that street,” McLean said. “I think the county is ill-prepared for these sites.”

The last speaker, Roger Nelson, of Wingina, said he felt the campground would provide needed shelter for industry workers at the Cobbs Creek.

Carter said members of the commission voiced concern as the location of the RV campground is on a rural road that is not in a growth area, differing from an application that is still pending and an approved application by the commission of two campgrounds that are in growth areas, with one being directly across from the reservoir itself.

Osl also expressed concern about the rising numbers of campgrounds being proposed and passed in the county.

Carter said the Right of Entry rule was the only change between the conditions for this campground compared with others. She defended the Planning Commission’s choice to not make the recommendation by citing that the campground is not in a designated growth area designed by the county’s Comprehensive Plan.

Carter said in addition to the two pending campground requests, she has heard from others interested in setting up campgrounds in the county.

“I’ve tried very hard when people talk about getting a use like this to make them understand that the requirements they are going to face from the state are pretty intense, and they’re changing,” Carter said.

Three of the five board members voted to approve the permit on the condition the campground meets state health and transportation regulations.