According to a press release, Donald Duane Kyper was arrested Sept. 1 at 120 Saint Johns Drive in Lynchburg. 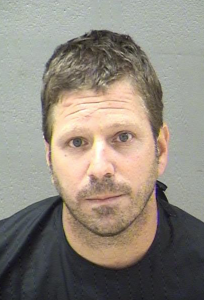 According to Lynchburg Det. R.G. Miller, Kyper “has ties” to this area.

“He has either lived or worked in Cumberland County, Prince Edward County and Buckingham County,” Miller said. “If the public has any information they can share that may assist us in this investigation, we are requesting they contact my office.”

The search warrant that resulted in Kyper’s arrest was executed by the Lynchburg Police Department’s Criminal Investigations Division and Forensics Unit.

“This investigation is still active and ongoing and further charges are pending at this time,” according to the press release.