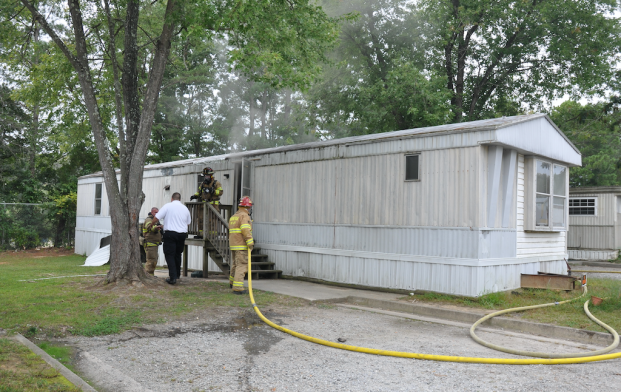 Volunteer firefighters from Farmville, Hampden-Sydney and Prospect responded to a structure fire on Callaway Lane in Farmville on Monday at 11:17 a.m. According to Farmville Volunteer Fire Department Chief Dean Farmer, the fire was reported to be under the vacant trailer with flames coming from the side of the single-wide structure. He noted that units arrived at 11:22 a.m. and the scene was under control at 11:50 a.m. Members of the Prince Edward Volunteer Rescue Squad responded to the scene. There’s no word on the cause of the fire, Farmer said.