An organization in Farmville is seeking to continue a series of unique dinners and discussions by holding an outdoor dinner event Friday. 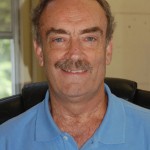 The organization, led by community members of different faiths and denominations, seeks to bring people of diverse faith backgrounds together in a safe environment to enjoy a meal and conversation.

The Rev. Dr. Tom Robinson, pastor of Farmville Presbyterian Church, said the church will provide tables and chairs for the event and encouraged people to attend the dinner event.

According to a press release describing the event, people are encouraged to bring dishes that reflect their faith and heritage with a list of ingredients for guests who may have food allergies.

Robinson said the event is meant to bring people together who may not otherwise have gathered to create understanding and bridge racial and religious divides.

“This has been a great opportunity for us to get to each other, and we just want to take that out to community,” Robinson said. “We feel like when there’s dialogue, there’s a lot less chance of things like intolerance, and hate and bigotry.”

He also said sharing a meal is a universal activity.

“It’s really kind of hard to hate somebody when you’re sitting down to eat a meal with them,” Robinson said. “You’re starting out with a concept that we have something in common. We both want something to eat.”

Interfaith Collective Organizer Patsy Watson said a possible goal of the event would be to draw awareness to the Farmville Community Marketplace. She hopes during a future meeting to host a “Farm to Table” supper, which would use locally grown ingredients and involve area chefs, who could cook dishes with the ingredients.

Watson said the primary goal of the event is to unite the community.

“If we were going to get bigger, we needed to have a little bit larger space, and return to the effort to engage people with health for mind, body and soul,” Watson said.

She said the dinner is set to bring together and offer support for people of all faiths.

“Simply put, it is to have people sit down together, break bread together and learn that we have more commonalities than differences,” Watson said.

A child safety seat check will be held Saturday at 10 a.m., sponsored by the Farmville Police Department, in conjunction... read more