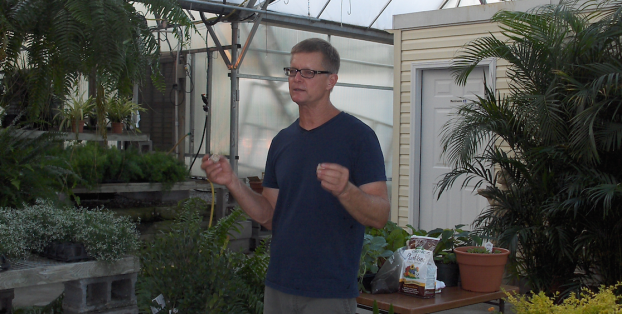 The Redbud Garden Club met Aug. 22 at B&M Greenhouse in Farmville with Rebecca Giles and Sarah Schember as hostesses. According to a press release members were treated to refreshments as they arrived and Schember led the group in devotions.

“Chris Rogers of B&M Greenhouse gave a program about fall planting,” officials said in a press release. “Planting trees, shrubs and perennials in the fall allows the plant time to develop a good root system before the cold weather sets in.”

The release cited that usually the weather is cooler so those gardening may need to water the plant less than they would during the summer although watering is still necessary.

“He gave examples of different plants that do well in the fall and some you really should plant in the spring,” officials said in the release.

An event that promises wines from four Virginia wineries, live music, fresh cuisine and a good time will benefit a... read more