Bringing in the sheaves 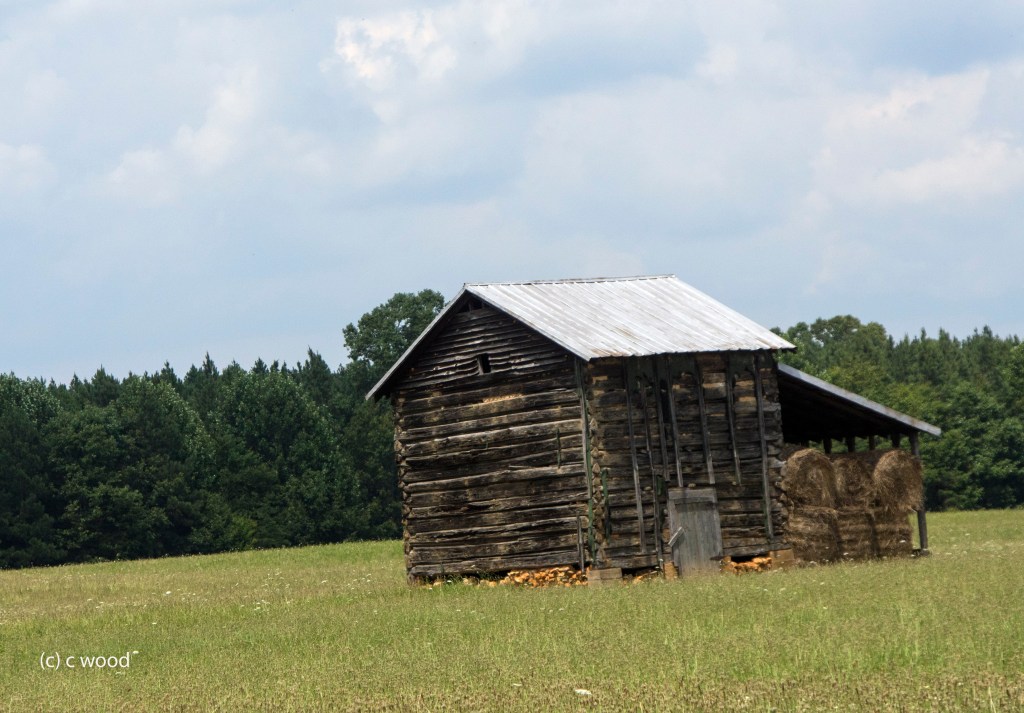 An old tobacco barn sits in a field.

When I was a kid, late summer/early fall meant harvest time — black eyed peas, purple hulls, the last of the tomatoes, sweet potatoes, butter beans, peppers, apples, tobacco, a little of everything. Like most, our house wasn’t air-conditioned and was stifling by late afternoon. Often the coolest place was under the pecan trees in the front yard. And so, we’d gather there after supper to shell peas and talk. Usually about the tobacco crop, which was most farmers’ main source of income. A crop failure or loss during curing was potentially devastating.

And so, the conversation went back and forth about whether the tobacco wasn’t ripening because there had been too much rain; whether there hadn’t been enough rain and the plants were dying in the field; who still had leaves in the field that weren’t ready to pull; how much time there might be until the first frost; and, especially, which neighbors were firing barns of tobacco. Throughout these conversations, the men scanned the horizon for signs of smoke, a sure sign of a barn fire and catastrophe for someone. Sometimes you could even see flames and smell smoke, which was especially alarming.

This was so long ago that barns were rough affairs made of logs and daubed with red mud; sometimes they were covered with a layer of tar paper or something similar that helped keep the heat inside. In any case, they were wood fired and required careful attention on the part of the farmer and his sons. Someone had to stay at the barn all night to tend the fire. Just a moment’s inattention could be catastrophic, as one of my grandmother’s brothers learned.

Brother Bernard was supposed to tend the fire at the barn one hot summer night. His ma gave him a jar of tomato wine — yes, just about anything can be made into wine — to sip throughout the night. She cautioned him not to drink it all at once, but to sip it. Well, as you might imagine, Bernard gulped it all at once and fell asleep. The fire burned too hot and the entire firing of tobacco was ruined, a huge loss for a family with 11 kids.

As the weather got crisper, early evening activity shifted from the pecan trees to the packinghouse. After being fired, the tobacco would be a deep golden color and rather brittle and crunchy. Farmers would then place it in the pit in the packinghouse to soften. The pit was a hole about 5 feet deep and maybe 6 feet squared. It had dirt sides and a trap door overhead to close it.

Whole families would gather in the packinghouse to sort, grade and bundle the tobacco. There would be the best leaves, some not quite as good and then the rest, which might not be taken to market until the following year. My aunt and uncle always reserved that part of the crop for me, but only if I helped bundle the leaves.

My parents, aunt, uncle and I would sit in a circle on decrepit old chairs or stools. There would be a big pile of tobacco leaves in the middle of the circle, and our job was to sort the leaves by quality and then make bundles of five or six leaves that we tied together at the top with another leaf. Yes, at about age four or five, I was expected to work on my part of the crop. Working in the packinghouse could be cold, but everyone was bundled up and the conversation was always freewheeling.

Sorting and bundling tobacco was followed by periodic trips to the tobacco markets. Generally, only the farmer and his sons went to market, which was both serious and social. It was important to get the best possible price for the crop, but it was also a time for renewing old acquaintances and perhaps having a nip or two of something potent.

And so, the cycle of farm work that had begun in late winter/early spring with the preparation of the plant bed and continued through the planting and suckering of the crop in the fields was completed. There was a tremendous amount of satisfaction and relief, perhaps even time to take a deep breath before the next activity began. Yes, a sustained cold snap meant hog killing, sausage making and feasting on chitterlings.

Cynthia Wood is a master gardener who writes two columns for The Herald. She can be contacted at cynthia.crewe23930@gmail.com.