Charged with overseeing the school’s operations, financial well-being and the development of policies, the Rural Education Foundation Board of Trustees Board, which governs Fuqua School, is comprised of seven to 15 members.

“The board welcomes two new trustees, Hunter Watson and Dr. Kathleen Bryant Seiler ’92,” officials said in the release. “Hunter Watson was reared at Darlington Heights in Prince Edward County, graduated from Virginia Tech, and served in the U.S. Army as a lieutenant for two years.”

The release said Watson then entered the insurance business in Farmville and was co-owner of F.W. Hubbard Insurance Agency from 1971-1990.

“Mr. Watson entered the stock brokerage business in 1982 and became associated with Davenport & Company LLC in 1990,” officials said in the release. “He is now a senior vice president with the firm and his two sons, Brad and Cannon, have worked along beside him at Davenport for many years.”

The release cited Watson was appointed to the Longwood University Board of Visitors in 1982 by Gov. Charles Robb and reappointed to that board in 1986 by Gov. Gerald Baliles.

“He was appointed to the Commonwealth Transportation Board in 2002 by Gov. Mark Warner and served on that board until 2006,” officials said in the 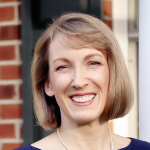 release. “Mr. Watson served on the Prince Edward County Board of Supervisors from 1993-2002 and was chairman for five years.”

According to the release, Watson also currently serves as a member of the board of trustees of the Farmville United Methodist Church, the executive committee of the Patrick Henry Boys and Girls Home, the board of directors of The Woodland and the Longwood University Real Estate Foundation Board.

“Mr. Watson is married to the former Llewellyn Sours and their two sons are both graduates of what was then Prince Edward Academy,” officials said in the release. “They have four grandchildren, one of whom graduated from Fuqua School a year ago, and three of whom are currently students at Fuqua School.”

The release cited Dr. Kathleen Bryant Seiler is a native of Buckingham County and a graduate of Prince Edward Academy/Fuqua School.

According to the release, Seiler began practicing dentistry as a commissioned officer in the U.S. Army.

“During her military service, she completed a two-year comprehensive advanced education in general dentistry residency at Fort Bragg, North Carolina, and deployed to Afghanistan in support of Operation Enduring Freedom,” officials said in the release. “Following military service, Dr. Seiler returned to Buckingham County and joined her father in private practice. She is a member of the American Dental Association, Virginia Dental Association, Richmond Dental Society, Southside Rural Dental Study Club, Academy of General Dentistry, American Board of General Dentistry and the American Association of Women Dentists.”

“She feels honored to practice with her father, Dr. J Cary Bryant, and her husband, Dr. Joseph Seiler, at Buckingham Family Dentistry,” officials said in the release. “The (Seilers) have two children, Brandon and Ashley, who attend Fuqua School.”

The Rural Education Foundation Board (REFB) and Fuqua School have embarked on a $1.9 million facilities improvement project, one that... read more