When public schools in Prince Edward County shut their doors in 1959 in order to avoid mandated integration following the decision of Brown v. Board of Education — a landmark U.S. Supreme Court case that declared segregation unconstitutional — it was the last day a number of students, many of whom were friends from across the county, would see each other.

The Rev. Everett Berryman recalled attending a family reunion in Prince Edward County in about 2004 with someone he grew up with, discussing fellow students they knew in school. 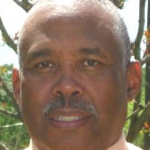 “I asked him about some youngsters that we were going to school with, children our age, we went to school with in the first through the fourth grade because I hadn’t seen them after the schools closed,” Berryman said. “We were all looking out for trying to find them.”

What started with Berryman looking to reconnect with two people turned into a community reunion of about 60 people around 2005.

Others heard about it and the reunion grew into the Robert R. Moton/Prince Edward County School Alumni Association. In addition to holding reunions, the association donates school supplies to Prince Edward County Middle School at the beginning of the year and donates to the Carl U. Eggleston Foundation’s Toy Giveaway at Christmas for children in need, according to the Association President Cornell Walker.

“When we did the reunion in 2007, which ended up being our largest reunion of over 450 people, there were a lot of people who had not been back to Prince Edward County since the schools closed,” Cornell said.

“Our reunions, I just love them because we just get together and reminisce,” Mickie Carrington said. “I even get to meet people that came before me that I didn’t know, so I got to meet some of the little older students.”

In speaking of her own feelings regarding the public school closings, Carrington said that with the Moton Museum and the Robert R. Moton/Prince Edward County Schools Alumni Association, she has experienced a great deal of healing.

“I carried a lot of anger and anxiety from (the) school closings until I was almost the age I am now,” Carrington said.

Carrington attended county schools and was left without an education for four years.

“In fact, in maybe the past six or seven years …, I realized it happened, I can’t change it and I feel like God had a reason for it happening (and) that there was a plan for that,” Carrington said.

The association’s treasurer, Elsie Walker, said she was 13 when the schools closed.

“I just completed seventh (grade) so therefore, you know, I left and went to school in Kentucky and I didn’t see anybody else until really doing school reunion,” Elsie said. “And then therefore I saw friends (and) classmates that I should have graduated with but, you know, they went one way and I went another way and some of them didn’t come back home to come to school.”

She attended Kentucky Berea College for school when she was 15 years old.

Berryman, who is the association’s chaplain, said that while the association began with his looking for fellow students, he had no idea it would evolve into what it is today.

“The alumni association was a part of bringing people together that no doubt had problems with overcoming certain things and had had certain challenges that had happened to them,” Berryman said.

“…As people came on board, ideas came about and sermons were preached and lectures were given that opened the eyes up of individuals that no doubt had problems with what had happened to them, and it gave them an avenue to review some issues in their lives and look how positive changes could come about out of a bad situation.”

Cornell said the association has 16 members. The association is in the beginning stages of researching names of all students who were affected during the school closures. He said all names, regardless of what public school they attended in Prince Edward County at the time, would be documented on a wall.

“I think that is something that a lot of people may not want their name on the wall, but it’s part of history,” Cornell said. “You look at the U.S. today and this whole thing could be repeated all over again. That’s something that we as the Prince Edward County Association do not want to see.”

Carrington said this year, for the first time, the association is set to offer two $250 scholarships.

Cornell said the association is looking to make scholarships a regular part of the association, but as of now there hasn’t been enough fundraising done to do so.

He said the association has very few white students who are members, but noted the group is all-inclusive and would love to have more people to be a part of it.

Anyone who has attended Prince Edward County Schools is encouraged to participate. Those interested in donating or getting involved in the association should contact Cornell at (434) 392-4888.

Farmville’s Goodwill at 1425-A South Main St. is set to reopen Wednesday, Sept. 6. The nonprofit, which closed at the... read more