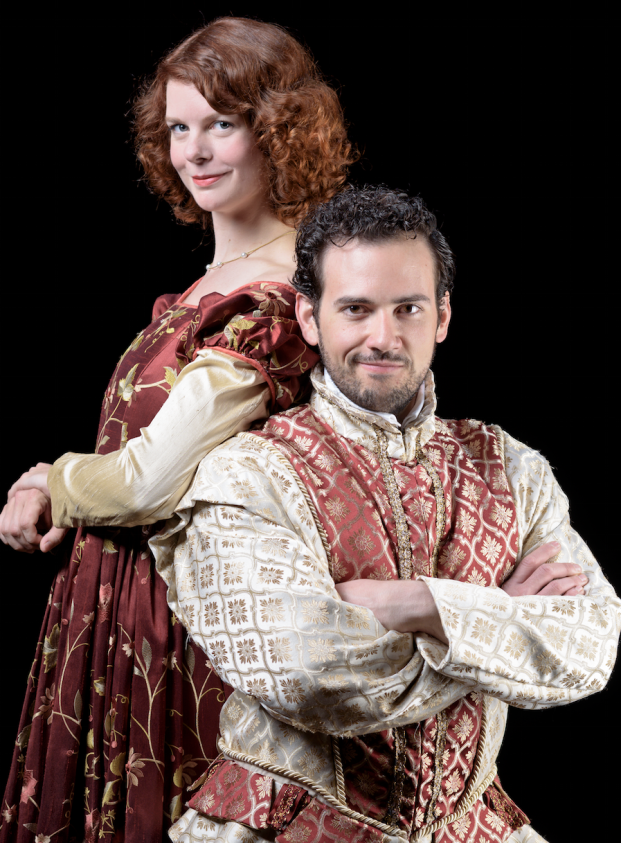 Annabelle Rollinson, and Ronald Román-Meléndez perform in the American Shakespeare Center’s “The Taming of the Shrew.” (Photo by Michael Bailey)

The American Shakespeare Center (ASC) will present a free performance of “The Taming of the Shrew” in Longwood University’s Jarman Auditorium on Sept. 19 at 7 p.m.

“The performance by the internationally acclaimed theater company is being presented jointly by Longwood’s Department of English and Modern Languages and Hampden-Sydney College (H-SC),” officials said in the release. “It is open to the public.”

Tickets are not required. Seating is on a first-come, first-served basis. Doors open at 6:30 p.m. with a pre-show musical performance before the curtain rises on the comedy, which presents a play within a play examining the battle of the sexes.

“‘The Taming of the Shrew’ is, on the one hand, a hilarious and at times farcical satire of wooing and romance; on the other — and especially for modern audiences — it is a disturbing dramatization of misogyny and domestic abuse,” said Dr. Shawn Smith, associate professor of English at Longwood, a Shakespeare expert. “But the play is also, most importantly perhaps, a sophisticated exploration of the psychological and behavioral complexities of courtship and a reminder that courtship can have both comic and tragic dimensions.”

According to a press release, this is the fifth consecutive year that Longwood’s Department of English and Modern Languages and H-SC have sponsored free ASC performances at Longwood. “Hamlet,” “Romeo and Juliet,” “The Merry Wives of Windsor” and Oscar Wilde’s “The Importance of Being Earnest” have also been presented.

The release cited the ASC’s mission is to recover the joys and accessibility of Shakespeare’s theater, language and humanity by exploring the English Renaissance stage and its practices through performance and education. The company’s plays have been called “shamelessly entertaining” and “bursting with energy.”

The United Way of Prince Edward County has set a goal of raising $55,000 to contribute to its partner organizations... read more