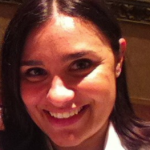 She earned her doctorate of medicine from Saint George’s University School of Medicine with clinical rotations at Atlantic Health Hospital System in Morristown and Summit, New Jersey.

“She was the chief resident from 2010-13 at Atlantic Health Overlook Hospital Family Medicine in Summit, New Jersey.”

The release cited Allega worked for three years in private practice after her residency for the Center of Family Health, located in Whitehouse Station, New Jersey.

“Allega was awarded the Anthony F. Coppola Clinical Excellence Award and the Residency Leadership Award in 2013,” officials said in the release. “During her residency she presented valuable findings on RSV bronchiolitis in the pediatric population, failure to thrive in the elderly, calcium and cardiovascular disease in women breastfeeding and newborn development-first month of life.”

The Centra Southside Medical Center is located at 935 S. Main St. in Farmville.

A renaissance of new restaurants is making its presence known in Farmville as more eateries make their way to town.... read more