Two Buckingham County men and one from Prince Edward County have been arrested in connection to a multi-year undercover investigation into the illegal commercialization, trafficking and sale of wildlife by the Virginia Department of Game and Inland Fisheries (DGIF) Law Enforcement Division. 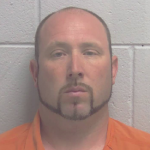 Herman and Rick Burnley, both of Wingina, and Christopher Powell, of Prospect, are scheduled to appear in Buckingham County Circuit Court on Nov. 14.

According to the Code of Virginia, Powell’s charge cites “if any person conspires with another to commit any offense defined in this title or any of the regulations of the Board of Game and Inland Fisheries, and one or more such persons does any act to effect the object of the conspiracy, he shall be guilty of conspiracy to commit the underlying offense and shall be subject to the same punishment prescribed for the offense the commission of which was the object of the conspiracy.”

All charges are classified as class six felonies. According to the Code of Virginia, class six felonies are to see “a term of imprisonment of not less than one year nor more than five years, or in the discretion of the jury or the court trying the case without a jury, confinement in jail for not more than 12 months and a fine of not more than $2,500, either or both.”

According to a DGIF press release, 10 Virginia residents have been arrested in connection to the investigation and are charged with various felony and misdemeanor violations relating to the unlawful selling of wildlife.

“This undercover investigation was conducted by Virginia Conservation Police Special Agents,” officials said in the release. “Early into this investigation, it became apparent that this was a large-scale enterprise in which the illegal trafficking of wildlife was widespread within a specific group of businesses and individuals.”

DGIF Maj. Scott Naff said the investigation involved quite a few people, some of whom are not in Virginia, noting the state’s attorney general’s office would act as prosecutor in the cases.

One seriously injured in crash

A Keysville man sustained serious injuries in a head-on collision on Route 307 near Route 731 in Prince Edward County... read more