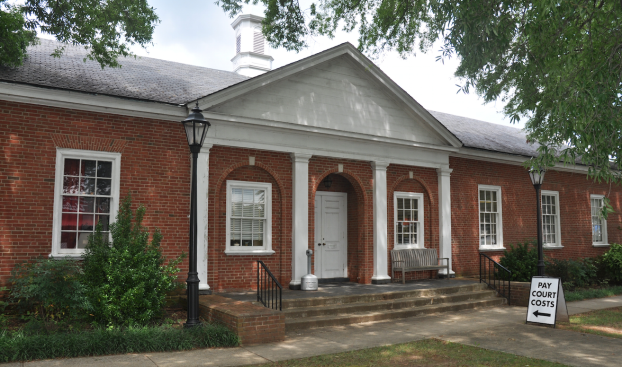 Pictured is the building that houses the Cumberland County Circuit Court Clerk’s Office, which contains the circuit court’s civil and criminal records, along with other public documents, such as deeds and wills (photo by Emily Hollingsworth).

Editor’s note: Following the state’s supreme court ruling that circuit court clerks are the custodians of the records sought by the Daily Press, in this month’s In-Depth Look, we examine the challenge of the public accessing a statewide database of records kept by individual circuit court clerks.

The question of who owns what — particularly when it comes to information meant for the public — is not always an easy question to answer.

While a civil lawsuit occurring at the state level may seem to have little bearing in the Heart of Virginia, circuit court clerks’ across the area recently noted interactions with media outlets and members of the public, and described the court’s role in distributing information, which showcases the local impact of the case. Their words also came during a time when the state has sought to identify what a true public record is and who would be the custodian of court records.

The Daily Press requested access to a Virginia statewide database in the summer of 2014, according to Daily Press reporter Dave Ress, which includes a collection of all of the circuit court case records in the state. Unlike the current circuit court database, available at www.courts.state.va.us, one seeking information would not need to go to each circuit court to find the information.

The ability to sift through all cases in the state in one place without having to click through the roughly 120 links that separate county and city circuit courts would have allowed the Daily Press to find patterns in how certain cases are handled, or in some cases may be mishandled, Ress contended. 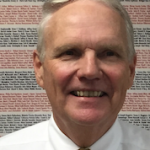 “Having the database means it is possible to ask such things as: How many murder cases were there over a period of time and what was the result?” Ress said in an email. “It allows you to ask if men and women or blacks and whites facing similar charges end up, on average, with similar results, or if some cities or counties are tougher on particular crimes than others.”

The newspaper filed a Freedom of Information Act (FOIA) request, a means of accessing records from public officials and their offices.

The Office of the Executive Secretary, which provides administrative support to courts and magistrates’ offices in Virginia, declined the request. The office cited that the court records would technically be under the jurisdiction of individual clerks.

According to the lawsuit filed by the Daily Press, the executive secretary reached out to the 118 individual clerks of court across the state to request permission to provide the information to the Daily Press. Fifty of the clerks consented while 68 clerks objected.

Ress argued that the records were public, and that greater clarification was needed to determine a public record, particularly as the statewide database had been accessed by the Daily Press before, Ress said.

On June 29, the Virginia Supreme Court determined that local circuit court clerks are considered custodians of these records.

The Herald reached out to the circuit court clerks across the Heart of Virginia, seeking their opinion on the ruling.

At the time the clerks were initially contacted in May, the Virginia Supreme Court had listened to arguments from the Daily Press and the administration of the state’s courts and circuit court association, but had not yet reached a decision.

The second time the clerks were contacted was after the Virginia Supreme Court’s ruling that circuit court clerks were custodians of the records.

Spry said she’d heard of the case, and had received a request for a collection of the county’s court records.

She said in a July interview following the Virginia Supreme Court’s ruling that to compile the county’s records would have taken too much time from her and the other employee in the circuit court clerk office, and potentially detract from serving people in the county.

“I just do not have the staff to compile that information,” Spry said regarding the Daily Press request. “It takes us away from helping the citizens who actually live in the county.”

“I had a problem with the format they wanted us to put it into. I don’t have the technology to do it and I didn’t have the staff to do it. And we are record keepers. The records are here, and they are public, and anyone can come in and see them.”

Spry noted county residents and people out of state come in the office daily to request records.

Lunenburg County Circuit Court Clerk Gordon Erby said in a May interview he didn’t get involved with the debate regarding the lawsuit, saying that public records, unless they have been sealed at the request of the judge, are available to anyone who requests them.

“You’ve got to keep in mind now that you’re dealing with elected officials, and they are independent officers, independent of the state government and all of that kind of thing,” Erby said, noting that court clerks feel responsible for meeting the public’s needs. “We’re elected by the public and the reason we’re elected by the public is to keep a barrier between the bureaucracy and the people, OK? We serve at the pleasure of the public and you’re going to find that most clerks are going to try to protect the public from intrusion by anybody. But, that being said, I’m not going to limit what information can be dispersed.”

Eppes, Booker and Colley declined to comment on the case and its outcome.

While disappointed with the Virginia Supreme Court’s decision, Ress said he would work to tackle the larger question of making more clear the definition of public records, particularly under the sometimes vague language of FOIA.

“Ironic, isn’t it, that a law meant to assure public access to court records keeps us from seeing a record derived from elements in those court records,” Ress said in an email. “I know I’m thinking hard, as are others interested in open government, to find the language that assures the public access to the database. I am convinced there is a way to address any concerns the clerks might have.”

With the help of a representative from nonprofit organization Code for America, the Daily Press pulled patterns from more than 110,000 circuit court records, nearly replicating the statewide database with the exceptions of Fairfax County, Alexandria and Virginia Beach.

The Daily Press found from this data that more than twice the percentage of white defendants who plead guilty when charged with malicious wounding or burglary get reduced sentences, compared with African-American defendants.

The findings included nearly twice the percentage of whites getting plea deals to less serious offenses when charged with assault and battery on family members and that whites are significantly more successful than African-Americans in pleading to reduced charges for robbery, dealing marijuana and possession of hard drugs, according to findings published in the Daily Press in 2015.