Traffic crash data has been made more accessible for those living in the Heart of Virginia who are interested in gaining a better understanding of accidents due in part to a new interactive crash locations map.

According to the new database — announced in a press release from the Virginia Department of Motor Vehicles (DMV) — so far this year Buckingham County has seen 111 accidents reported. Of those accidents, 43 resulted in injury and three resulted in fatalities.

The database also cited 12 accidents involved drivers between the ages between 15-20, eight were alcohol related and 36 were related to speed. The three fatal accidents resulted in five deaths.

Buckingham County Sheriff William G. “Billy” Kidd cited many reports of texting and driving across the county. He said the reported offenses are difficult to prove due to the difficulty of obtaining warrants to search people’s phones that are involved in accidents. 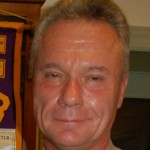 According to the database, no accidents were the result of texting this year and only one was attributed to cell phone use.

Regarding young drivers, he attributed their accidents to inexperience in driving.

He said the DMV gives the Buckingham County Sheriff’s Office grants each year and uses the database to determine what roads his deputies should patrol to provide increased safety.

According to the interactive tool, there have been 49 vehicle accidents reported in Cumberland County. Of the accidents, two resulted in fatalities, 21 resulted in injury and 25 resulted in property damage.

“With that data we can figure which roads are more at risk so we can increase patrol there, slow traffic down and hopefully prevent accidents from happening,” said Cumberland County Sheriff Darrell Hodges regarding the interactive map.

So far this year there have been 198 vehicle accidents reported in Prince Edward County, according to the database. Of the accidents, four resulted in fatalities, 80 resulted in injury and 114 resulted in property damage.

According to the database, 53 involved drivers between ages 15-20, 17 were alcohol related and 31 were speed related. 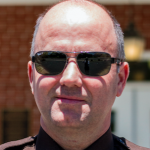 According to DMV spokeswoman Brandy Brubaker, the map’s state of current information is dependent on law enforcement agencies from across the state.

“We get our information from law enforcement departments all over the state, so when we get the report from them it’s entered into our system,” Brubaker said. “…Sometimes there’s a lag behind for some of the reports though because maybe an officer is still investigating or hasn’t come back on duty to complete the report and that, in that case, we like to say that 2017 statistics are preliminary until we close out the year.“

Brubaker said the DMV has given the public access to the Traffic Records Electronic Data System (TREDS) since Aug. 2011.

“DMV is Virginia’s repository for Virginia crash reports, and I don’t think a lot of people realize that,” Brubaker said. “Like I said, all the departments from the state send their crash reports to us. …”

She said that Virginia is a part of the Toward Zero Deaths movement, which is a national campaign to continually reduce crash deaths until they no longer occur.

“Education is a huge part of that,” Brubaker said. “Many crashes are completely preventable, so drivers having the education and the awareness of highway safety issues in the area or just in general, wearing seatbelts, not drinking and driving, not speeding, not driving distracted — these things can help reduce crash numbers and save lives, so we wanted to make that information accessible to Virginians.”

“That data has been a valuable resource for public safety agencies, traffic-safety advocates, academia and other individuals seeking factual information as it relates to traffic crashes, injuries and fatalities across the commonwealth,” Geller said.

She said the new DMV interactive crash map provides an even more engaging means of researching such data.

“We are hopeful, along with our partners at DMV, that this new resource will help advance our messaging about the critical need for all drivers and passengers to make traffic safety a priority,” Geller said.

The Crash Locations Map can be accessed at https://www.treds.virginia.gov/Mapping/Map/CrashesByJurisdiction.

The Commonwealth Regional Council (CRC) has approved the job description for its vacant position of executive director and discussed the... read more