Interest for a ‘fresh experience’

The Pulse Group — a market analysis and strategic planning firm — held four forums last week to gather input from the community regarding plans to recruit a boutique grocery location to Midtown Square in downtown Farmville in the current location of Longwood’s bookstore, which will soon move to the corner of Third and Main streets. 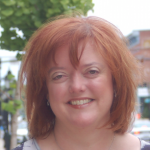 According to Longwood University Community and Economic Development Coordinator Executive Director Sherri McGuire, more than 80 people attended the forums. McGuire said the forums provided for good discussions on the plans for a boutique grocery store.

“I think no matter which area of the community that you come from I am seeing interest for things that you would normally shop for on the perimeter of a grocery store, the produce, meats, cheeses (and) dairy,” McGuire said. “An overall fresh experience, if you will.”

She said The Pulse Group will return in September to work with student populations in Farmville.

“After that process they will go back and create a survey instrument to help them test the viability of the different visions that people have for this market,” McGuire said. “They will ask anyone in the community, they will send the survey out throughout several different mechanisms, online and paper.” 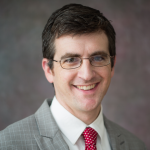 “After that, toward the end of the year they will have a full report back to the community on what their suggestions are and that information — assuming it’s a go — we’ll take to some potential operators to see if we can get something going,” McGuire said.

“We were able to provide feedback and give the moderator insight into the area and the advantages (and) disadvantages to the location being eyed for placement, as well as bringing in a store that caters to everyone, not just those of a certain caliber or salary range,” Reid said.

He said the forum explained what the term “boutique” meant and noted the demographic would only provide for a smaller market-type venture.

Retired Lt. Col. Rucker Snead, who works as a lecturer in government and foreign affairs at Hampden-Sydney College and the college’s director of the Wilson Center for Leadership in the Public Interest, also attended the second forum Wednesday.

“I was very pleased with the diversity of questions and comments the willingness of the participants to engage in a very civil conversation as we try to work to solve a need in our community,” Snead said.

“I enjoyed being part of the focus group; that’s democracy in action,” he said. 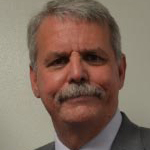 According to a press release from Longwood, university officials say at least one company in the boutique grocery business has expressed serious interest in the idea.

“There’s a company that has kind of boutique grocery markets that operates them. And they’re interested,” said Longwood spokesman Matt McWilliams regarding the “serious interest” cited in the earlier press release.

An estimated 200 people gathered Sunday evening at the Town of Farmville’s caboose at the High Bridge Trail Plaza on... read more