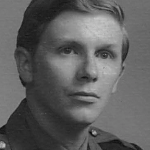 husband Daniel Pohl, seven grandchildren Hannah and Robby King, Madelyne and Henry VI “Hank” Blanton, Rudy, Gabriel and Grigg Miller, his brothers Hon. Richard S. Blanton and wife Libby, and Cary A. Blanton. He was preceded in death by an infant son, Holman Alexander, his parents Ret. Sheriff Henry A. Blanton III and Maggie Dunevant Blanton. He graduated from Cumberland High School in 1965 and joined Farmville PD as dispatcher until that fall when he joined the Virginia State Police. As a devoted public servant, he became a Trooper in 1968 and celebrated a 31-year career with the Virginia State Police where he served as road trooper, narcotics agent, investigator, and Safety Inspector. During this time he was honored twice by the American Red Cross for life saving above the call of duty. After retiring from VSP he worked for the Town of Farmville as Properties Inspector until 2005.

A faithful member of St. John’s Lutheran Church he served as President, Elder, Legal Trustee and community liaison. As Scoutmaster of BSA Troop 6516 he received the Lamb Award which recognizes Lutheran leadership in Scouting and mentored countless young men. He was CES PTA President, a board member of the Virginia State Police Association and FACES, and a life member of Virginia State Police Alumni. Active in local and state politics, Andy was a proud lifelong Democrat and patriot.

A Parkinsonian for 30 years, he educated and advocated for research, participating in over five studies to improve the health of future Parkinsonians. It was his goal to help cure PD. He was a farmer and gardener, avid hunter, fisherman, and real life hero.