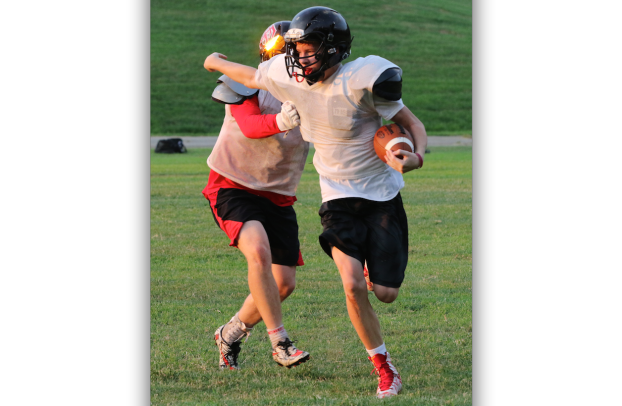 The Fuqua School varsity football team will have a different look in the 2017 season, but if the Falcons remain healthy, they could enjoy similar success to last year.

The Falcons will once again take on teams from VISAA Division II, which features larger schools, but Manis said a few more teams this season will be from Fuqua’s own division.

“As far as team-wise, I feel like the right things happen and we could be in the running and in the playoffs and all,” Manis said. “But … you drop a game here and there and the right two or three guys get banged up and we barely make it to the playoffs, (or) we’re on the outside looking in.”

Because of lack of depth, the Falcons need to stay healthy.

“We’ve probably got one of the faster teams overall than we’ve had in the past,” the coach said. “We’re probably not as big as we have been in the past.”

He highlighted senior Warren Dabney, noting he has slimmed down, helping enhance his athleticism and gain him more attention from college coaches.

“We’re going to be outside of our norm with some of the stuff we’re doing, especially on defense, with the kind of speed that we have overall,” Manis said. “Hopefully we can make it work. It will be kind of interesting to see how the cards fall.”

He said he and his staff are looking to get the ball in receivers’ hands in different ways.

Though Ford is a new player, Manis indicated he will be a good addition.

“He’s really taken to it,” the coach said.

Manis said the most important contest of the season is game one.

“We can’t look past anybody, look through anybody,” he said.

‘We can be very good this year’