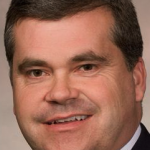 “What this means is that Delegate Edmunds has stood up for Virginia’s job creators time and again on important issues such as addressing the rising costs of health care, opposing efforts to place additional mandates on the backs of small business and reforming Virginia’s regulatory structure,” Riley said in the release.

Edmunds is being challenged in the November election by Democrat Jamaal Johnston, of Meherrin.

Editor’s note: Following the state’s supreme court ruling that circuit court clerks are the custodians of the records sought by... read more