The Commonwealth Regional Council (CRC) has approved the job description for its vacant position of executive director and discussed the possibility of Cumberland County rejoining the council during its Thursday meeting. 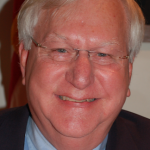 The approval of the job description begins the process of advertising for the executive director position left vacant by former Executive Director Mary Hickman.

Tuesday’s vote indicated that the job application process will remain open until one week before the next meeting, scheduled for Sept. 7.

According to an email from Cumberland County Administrator and County Attorney Vivian Seay Giles, the county recognizes “that there would be a great benefit in joining our local Planning District Commission (PDC) if the PDC is organized and staffed properly.”

“Toward that end, we have given a great deal of thought to a potential restructure of (CRC) and believe that regional opportunities, as well as efficiencies, could be realized by combining several organizations that appear to have similar missions and to be doing similar work,” Giles cited in the email. “We are of the opinion that staff could be shared and that additional goals could be accomplished.”

Giles, in the email, asked that the CRC consider combining economic development organizations under a common umbrella, which would include the CRC and other organizations such as the Virginia Growth Alliance and the Southside Planning District Commission.

“We offered (and) we went there,” CRC Treasurer and Prince Edward County Buffalo District Supervisor C.R. “Bob” Timmons said Thursday. “I went there, Tommy went there and we even offered them to come in at no cost, no risk,” noting the CRC’s offer that if the county didn’t get its sought-after Comprehensive Economic Development Strategy (CEDS) grant “you walk away. You get the first year, year and a half at no cost. You get benefits at no cost,” Timmons said.

“‘Just tell us yes or no.’ They didn’t do anything,” Timmons said. “… I got a little distaste in my mouth because of their lack of response and lack of anything to 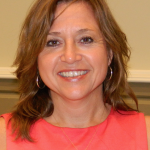 us when we made our offer to them.”

Timmons said the CRC delayed its application submittal to give the county an additional month because they had not heard from them.

“So come in now and say they want to join, ‘Oh, by the way, we want to tell you how to reorganize,’ I don’t know that I have a whole lot of interest,” Timmons said. “I will listen. I will listen. I’m not going to shut it out. I’ve just got a whole issue with their previous actions.”

“We haven’t received an award package from them yet. We’ve been assured we will be getting it,” Foster said. “…Once you receive funding you will go through a process of identifying strategies for the region. Once you’ve completed that process and EDA approves it, it then makes the region eligible for (EDA) funding, grant funding.”

She said a region can only access that funding if it has a recognized CEDS.

PRINCE EDWARD — The Prince Edward County TRIAD will hold its next senior event Aug. 11 at the Firemen’s Sports... read more