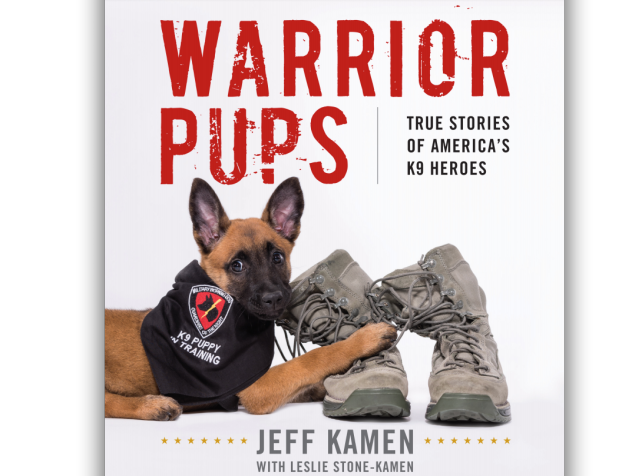 In journalist and photographer Jeff Kamen and Leslie Stone-Kamen’s upcoming book, they describe the lesser-known members of the military. 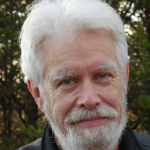 “Warrior Pups: True Stories of America’s K9 Heroes,” set for release in September, came after an extensive, month-long stay at the Lackland Air Force Base in San Antonio, Texas.

The Buckingham residents who live in the Yogaville community studied 73 members of military staff on base and their methods of training K-9 puppies that would later go on to serve as U.S. Military Working Dogs, working primarily in anti-terrorism missions.

Kamen said during the research period, he and Leslie stayed with a United States Air Force (USAF) couple and the three fostered military working dogs they cared for.

Kamen said the book offers readers a special look into a little-known aspect of military service and training, particularly for the four-legged members of the armed forces.

“I cannot overstate the value of the extensive access we experienced deep inside fascinating places most Americans will never get to see,” Kamen said in an email.

Kamen, a renowned, Emmy Award-winning broadcast journalist and reporter for more than 50 years who has reported on every U.S. president since Lyndon B. Johnson, was approached to write the book from Lyons Press, a division of Rowman & Littlefield, that focuses on books detailing military services.

“Because of my intense love of all dogs and my history of raising working dogs, it was a perfect fit,” Kamen said.

Stone-Kamen is a retired acupuncturist whose photography explores the puppies’ extensive training and the bond between the dogs and their handlers and owners.

Kamen described a particular incident of holding one of the puppies, who ended up nipping at his beard. Stone-Kamen snapped a photo of the incident.

“It’s funny (now) seeing a photo of a pretty tough grown man wince from mistaking a warrior pup from any puppy who is not bred to fight bite and protect our troops,” Kamen said. “Today, that beard-biter is a big powerful beast in final phases of training to tear up terrorists and detect their hidden (Improvised Explosive Devices.)”

The majority of dogs born and trained on the base are Belgian Malinois, a breed of medium to large herding dogs, whose natural hunting drives equips them for the extensive training and makes them ideal war dogs, Kamen said in the book.

Training can often be intense, Kamen said, and trainers wear sleeves that protect their skin when dogs are instructed to bite.

Kamen said he and Stone-Kamen were cautious when interacting with the dogs. Kamen said an unexpected mistake sent a famous war photographer, who previously reported on the K-9s, to the hospital when a dog mistook his swinging camera for a deployed weapon.

“We used small cameras and made no sudden moves,” Kamen said, who added that the war photographer has completely recovered from his injuries.

Seeing the hard work, love and dedication between the K-9s and their trainers, Kamen said the experience was informative and rewarding for he and Stone-Kamen, and he said readers are bound to have a similar experience.

“Leslie and I were blessed with this assignment,” Kamen said. “We not only learned a whole lot, we also made friends for life among trainers, fosters and support staff.”

“Warrior Pups” is available at Amazon.com and can be preordered now.

Farmville Police are investigating a breaking and entering at the Fuqua School pool house following a complaint placed at 10:45... read more