County officials across the Heart of Virginia discussed the need for potential projects that may bring jobs during a Virginia Heartland Regional Industrial Facility Authority meeting July 25. 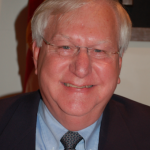 C.R. “Bob” Timmons, a member of the regional board of the Virginia Initiative for Growth and Opportunity in Each Region (Go Virginia) and the Buffalo District representative on the Prince Edward County Board of Supervisors, provided an update on Go Virginia’s activities.

Go Virginia encourages private sector job creation through the collaboration of different localities in a region by offering financial and other incentives provided through the state government.

Timmons said Go Virginia is working to define what constitutes as a project for the diversification plan the organization is creating for the region.

He said the projects would have to meet some qualifications, including yielding higher-paying jobs with a minimum salary of $40,000 and would need to be regionally-based.

“We need to be thinking about a project,” Timmons said. “The project doesn’t necessarily need to be bricks and mortar. It can be a concept.”

He added the projects could include workforce training programs.

The completed diversification program application would be submitted and approved by the end of August.

Members of the authority would aim to identify a project for approval by the diversification program by the end of the year.

Gary Walker, who serves as chairman of the board of supervisors in Charlotte County, representing the County Seat District, discussed a possible collaboration that would involve Lunenburg, Prince Edward and Charlotte’s close proximity to the Heartland Industrial Park.

He added that all counties are encouraged to become involved.

“If there is some way we could find a way to pull our money and maybe come up with a project, and we could use the land here,” Walker said, noting that more counties collaborating could help the region’s chances of being sponsored through the Virginia Collaborative Economic Development Act.

The act stipulates that two or more localities that collaborate and adopt an economic development plan that benefits the region could be eligible for grants by the state over a period of six years, being awarded up to 45 percent of the total annual amount of personal income tax withheld by the certified company.

The collaboration would need to result in creating at least 200 new jobs, making a capital investment of at least $25 million and have average salaries at least equal to the average wage.

Hawthorne said a consultation company, the Center for Innovative Technology based in Fairfax, would give a detailed assessment of broadband in area counties. Hawthorne noted this could benefit counties like Pittsylvania or Halifax, which have limited broadband connections.

“If all of us can go together and get broadband, whether it’s just for the school children or however they want to do it,” Hawthorne said. “If it goes through this whole process … what it will do is with the next Census that comes out in 2020, we will be light years beyond what we were in the 2010 Census in the availability of broadband.”

A potential strike against the region’s potential for job growth or meeting the application requirements, members said, is the area’s population.

The next meeting by the authority is slated for Oct. 24.

FARMVILLE — More than 500 people attended nine National Night Out events held throughout the Farmville in conjunction with similar... read more