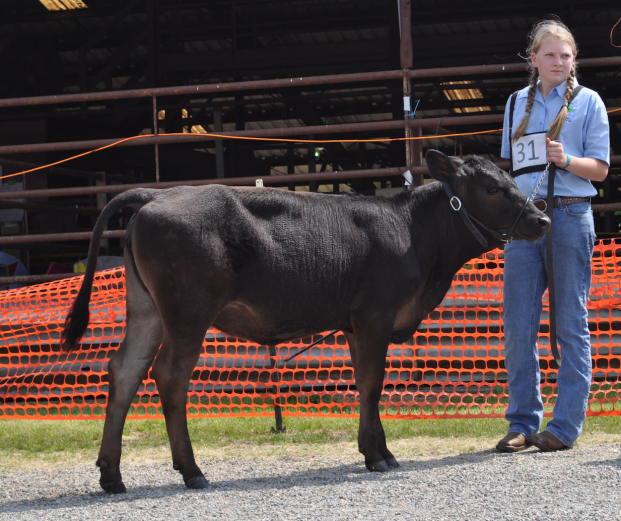 “The Piedmont Area Junior Livestock Show was held at the Southside Livestock Market in Blackstone,” officials said in a press release. “It allows 4-H and FFA youth (ages 9-19) to exhibit in competition, beef, swine, goat and sheep projects.” 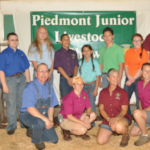 “There are two categories that are judged: Showmanship and Market,” officials said in the release. “In Showmanship, the youth are judged on their appearance and conduct in the show ring.”

According to the release, in Market, the animals are judged on their conformation. Youth are divided into groups based on their age/experience: senior, intermediate, junior and novice. Animals are separated into various weight and age classes.

“Jeff Wise, a graduating Senior from Buckingham County High School, was also awarded one of the College Scholarships offered to showmen from the Piedmont Area Junior Livestock Show,” officials said in the release. “The Buckingham 4-H Club wishes Jeff luck with his future endeavors.”

The release cited during the months leading up to the show, the Livestock Club members strive to raise animals that develop into a well-balanced market animal and work with them in proper show ring behavior.

“The show provides an opportunity for youth to learn responsibility, awareness of the importance of the agricultural industry in our area, healthy competition and cooperation with their peers,” officials said in the release. “Sponsorship is a main component of the Show. The Piedmont Area Junior Livestock Show is a volunteer organization composed of extension agents and community and business volunteers.”

According to the release, there are certain expenses required to run the show such as ribbons, trophies, premiums for show classes, insurance and show judge and exhibitor picnic expenses. The entry fees submitted by each member for their show animals cover these costs.

“The Buckingham 4-H Livestock Club would like to say thank you to the businesses and individuals that supported the members and their show animals for the 2017 show,” officials said in the release, “and thank you to the parents of the members who are crucial to the success as a club.”

New club members are always welcome. Those interested are directed to contact the Buckingham Extension Office at (434) 969-4261.

“The club is taking a summer break now, but will begin again in October,” officials said in the release. “Youth must be 9 years of age to show an animal, but may join the club earlier to participate in the educational activities.”

How to improve your brainpower

“Blessed are they which do hunger and thirst after righteousness: for they shall be filled.” Matt. 5:6 Recently, I have... read more