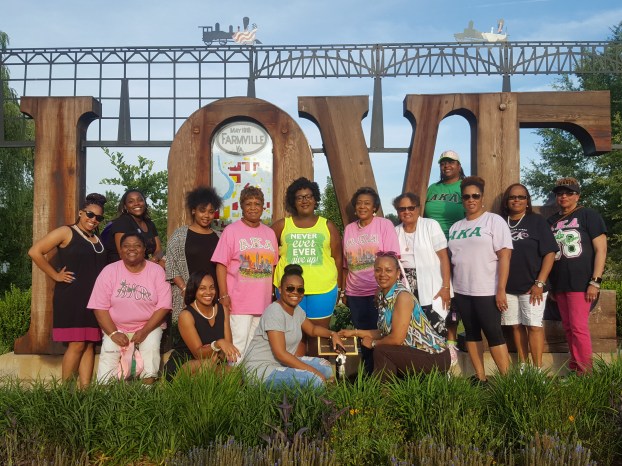 The Kappa Rho Omega Chapter of Alpha Kappa Alpha Sorority, Inc. recently participated in The Longest Day, Alzheimer’s Support Activities. According to a press release, the event was a sorority impact day activity designed to honor and educate the community and all those affected by the Alzheimer’s disease.

“The Longest Day support activities included visiting the elderly and those living with or someone who has lost loved ones to the disease, calling and supporting people affected by the disease, honoring caregivers and donating financial support to raise awareness to Alzheimer care, support and research,” officials said in the release.

According to the release, the members of the local sorority chapter and their guests met for dinner at Charley’s Waterfront Café in Farmville and then participated in a group walk on the High Bridge Trail to bring recognition and support for the disease.

This activity was in conjunction with the sorority’s theme, “New Dimensions of Service,” and chapter program targets.