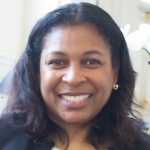 According to PECPS Superintendent Dr. Barbara Johnson, the groups will contribute to a changing vision for the division.

“Our vision, mission and goals need to change, and the information from the sessions will help us formulate our school and community core values,” Johnson said. “We knew some of the concerns as we entered these focus groups.”

Johnson said many of the thoughts and ideas that were mentioned during the groups were things they are working toward.

“All participants expressed their desire to have consistency in leadership,” Johnson said. “We’ve had a lot of changes over the last few years.”

She said participants also recognized that the division’s schools were showing their age, but that they felt the administration has done a good job of keeping technology current.

“Business and community leaders expressed their desire to be more involved with the schools,” Johnson said. “Several mentioned that in years past, they were invited to talk to students about their respective careers.”

She said another point participants made was that parents and the community want to know about what is happening in the schools.

“Communication with all levels of the organization is critical,” Johnson said.

The focus group was conducted by a company called DIA.

“We may not continue to have outside, third-party conducted focus groups on an ongoing basis, but we’re always interested in feedback,” Johnson said. “We know it is important for our students, staff, parents and community to have a voice.”

Jennifer Kinne, Farmville Chamber of Commerce marketing director who has children in PECPS, said she thought the focus groups were fantastic.

“Any opportunity that allows students, staff, parents and the community to have a voice is a huge step in the right direction,” Kinne said. “In one of the parent groups I attended, the parents identified definite opportunities for improvement, but what I loved was also the pride that the parents already have in our schools.”

She said she loved the energy that Johnson brings to PECPS and feels the schools are working hard to be a great place for her children.

“I can’t wait to see what happens next,” Kinne said.

Farmville Chamber of Commerce Executive Director Joy Stump said the group was a “great thing” that provided some positive suggestions, but that she hoped it moved further than just a focus group.

“The schools are really so important to a community because we need good school systems to recruit new employees to the area and develop a viable workforce…” Stump said. “Even just bringing new businesses to the area, we need to have a good public school system.”