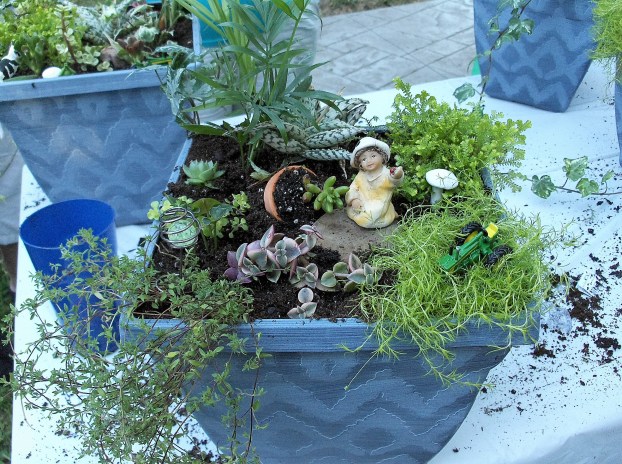 The June meeting of Redbud Garden Club was held June 27 at April McBride’s home with Jo Smith as co-hostess. Smith led the group in devotions with a selection on how gardens are life like. Carolyn Higgins was a guest.

Members then gathered in McBride’s backyard to create fairy gardens led by Alice Metts. Items necessary were available, including soils, pots, plants and a plethora of accoutrements. Metts made suggestions on how to plant and care for the gardens. Afterward, members were treated to delicious refreshments to enjoy during the business meeting.