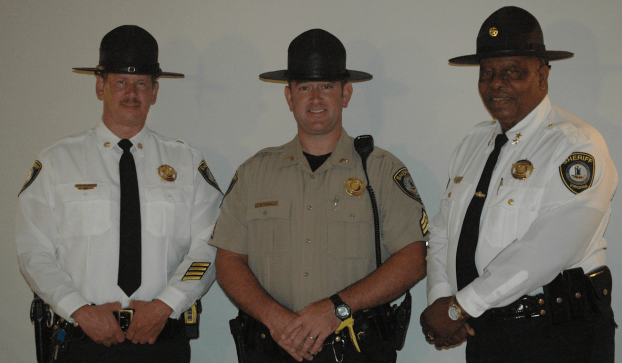 The light tan shirts and spruce green pants donned by local law enforcement members are now part of the sheriff’s office’s newly updated uniforms, where the uniform’s colors and some equipment placement have been switched up for the first time in nearly 40 years, Sheriff Wesley Reed said in a news release.

The new uniforms were presented June 1, according to the release.

In place of the previous uniform’s brown shirt and tan pants, the new shirts are now light tan and the pants are spruce green.

According to the release, the material of the new uniforms offer “greater comfort and durability” than the previous uniforms.

The uniforms, in addition, are now equipped with an outer carrier, meaning that the bullet-resistant vest is now located on the outer part of the uniform.

This grants the officers additional comfort while continuing to provide safety, the release cited.

Reed, in the release, said the new uniforms better match the needs of the officers and department in the long run.

“In recent years, it was becoming more difficult to ensure continuity when it came to the colors of the old uniform,” Reed said.

He cited this, in addition to more rigorous job activities, as reasons for the uniform changes.

Several families from the Heart of Virginia were among the first to camp out overnight on High Bridge, beginning Saturday... read more