On a 5-3 vote, supervisors in Prince Edward approved a new policy Tuesday calling for members of the board of supervisors to submit their county-related mileage monthly instead of quarterly. 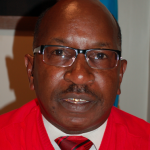 Supervisors will continue to be reimbursed quarterly for their submitted mileage, which is part of the board’s meeting packet that they and members of the public receive prior to each meeting.

“Me, personally, there’s nothing wrong with access. It’s public information, but monthly I think is too time consuming,” Townsend said. “… I understand your concern (in) making sure that people are honest and being good stewards of taxpayer money. …”

Townsend said he felt the system that was in place was working fine.

“If we need to be more detailed with the form, that’s OK, but I think submitting them monthly, that’s too time consuming,” Townsend said. “I work every day.” 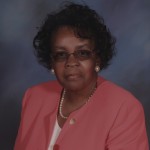 Townsend said at times he travels to check on road matters and address constituent concerns, which he claims mileage for.

“I’m almost into the middle of my second year; I have never claimed any of that,” said Hampden District Supervisor Dr. Odessa Pride. “I really don’t. I just feel that’s one of my duties.”

Townsend cited that what he claimed was for official business.

“I agree with (Townsend) on this; I think what we’re doing is fine,” Simpson said. 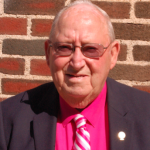 Simpson, according to records, has recorded a total of 3,042 miles between July 2016 and March, with 1,149 miles being in the first quarter of 2017. The total reimbursement provided, calculated by multiplying the total number of miles in a three-month period by 54 cents, is $1,710.52.

Board meeting agendas and packets are accessible by the public online at http://www.co.prince-edward.va.us/.