Cumberland County’s Department of Social Services (DSS) Director, Karen Blackwell, is set to retire at the end of September.

Blackwell has been with the department since Feb. 1, 1979. 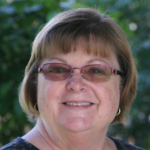 She said no one has been hired yet to succeed her, but the Cumberland Social Services board has advertised the position and would make the announcement once the position is filled.

Blackwell said her desire to help people prompted her to graduate with a degree in social work at Longwood in 1978.

“I’ve always wanted to go into some kind of field that I would be able to help folks, maybe make a difference in their lives,” Blackwell said.

The Cumberland County DSS provides assistance for individuals and families experiencing financial and social challenges, including for families in poverty and children in the foster care system.

Cumberland County residents who have received Temporary Assistance for Needy Families (TANF) or participated in the Supplemental Nutrition Assistance Program (SNAP) or Medicaid came up to 3,616 in the 2016 fiscal year, Blackwell said.

The Virginia Department of Social Services (VDSS) has 120 local offices across the state, including the office in Cumberland. The department collectively offers services and benefits to more than 1.6 million people in the commonwealth each year, according to its website.

Blackwell got a job at the Cumberland office shortly after graduation and has served in the department since.

She said that during her 38-year term with the department she had started as a social worker, but she was promoted to a social work supervisor and then to director, a position she has held for 15 years.

“People come back years later and let you know you were a positive impact in their lives and were able to help them,” Blackwell said. “You may not know it at the time, but you may hear it years later.”

Blackwell said as a director, there is not a typical day. She said responsibilities vary from filing reports and budgeting for the department, to leading and attending meetings and training and assisting social workers.

Blackwell said a difficult aspect of her position is not being able to help everyone. Some might not reach income qualifications to receive financial aid, and some may choose not to take the assistance.

However, Blackwell said the services the county offers have made her career meaningful.

After retirement, Blackwell said she may volunteer in the county, possibly in the school system, travel and spend time with her family. She, her husband, Walter, her two children and two grandchildren live in Cumberland County.

For future social workers, Blackwell said there are challenges, but that she had found a rewarding career.

“You’ve got to have a great desire to want to help people and understand that you’re not going to help everybody, because not everybody wants to be helped,” Blackwell said. “But you will gain a lot of rewards from being in the field.”

The Cumberland County Board of Supervisors voted last Tuesday to allocate $5,000 to hire a consultant who would survey economic... read more