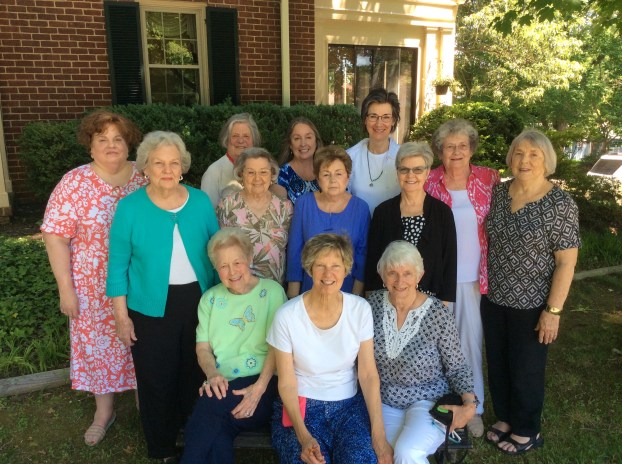 The Weyanoke Garden Club held its annual luncheon in May at the home of Elizabeth McCutchen. Karen Haupt was co-hostess for the event. According to a press release, officers for the coming year are president, Sandy Heinemann; vice president, Linda Smith; secretary, B. Williams; and treasurer, Nancy Andrews.

“Ann Morton Neale received the Merit Award based on attendance and exhibit presentations in both flower design and horticulture,” officials said in the release. “The year began in September with an educational walk around the Bayscape Garden at the Virginia Extension Office led by Master Gardner Sandy Willcox.”

The release cited that Willcox introduced plants that fared well in Farmville and were environmentally sound.

“Extension Agent Katy Overby, presented a program on ‘How to Identify and Control Invasive Plants,’” officials said in the release. “Nancy Andrews, B. Williams and Ann Morton Neale demonstrated basic floral design for club members at the November meeting.”

In March the club learned about “Virginia Vitaculture” from local wine expert Rucker Snead. According to the release, Snead was well-acquainted with both growing and marketing Virginia wines as well as the pleasure of drinking them.

“Damien Fehrer, a longtime member of the Friends of the Appomattox River, gave an informative slide lecture on the development and maintenance of ‘The Farmville Blueway,’” officials said in the release. “The FAR group, founded 20 years ago, maintains the four-mile protected stream corridor identified as a ‘blueway’ for conservation and recreation.”

A Christmas party with refreshments, gift exchange and games and an April trip to Lewis Ginter Botanical Garden completed the year.