Grace Rust, a 17-year-old rising Prince Edward County High School (PECHS) senior, is studying Arabic in Morocco this summer due in part to a scholarship she’s received from the National Security Language Initiative for Youth (NSLI-Y) for 2017-18 by the U.S. State Department’s Bureau of Educational and Cultural Affairs. 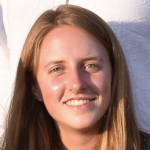 According to a NSLI-Y press release, Grace is one of about 600 students selected from the U.S.

Rust cited in an essay, which she submitted when applying for the scholarship, that she wants to use Arabic to help the U.S. with relations in the Arab League.

In the essay, she cited her end goal was to gain enough knowledge about Arabic language and culture to work at an American embassy abroad or eventually become an ambassador for a country in the Arab League. The Arab League includes 22 member countries, including Iraq, Syria, Libya, Kuwait and Morocco.

Rust wrote that she became interested in the language after becoming friends with an Egyptian student and learning about the Israel-Palestine Conflict and the 2011 Egyptian Revolution.

Her mother, Heather Lettner-Rust, said last summer Grace learned about a program at University of North Georgia (UNG) through a school announcement.

Lettner-Rust said Grace was told by those at the UNG program what to do to apply and that they’d help her with the application.

“She’ll devour any language you put in front of her,” Lettner-Rust said.

Grace is the daughter of Lettner-Rust and Kim Lettner, of Farmville.

Students of the month recognized

Each month, the Cumberland County School Board recognizes students of the month. The following students were recognized at the meeting... read more