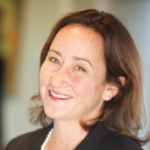 Marianne Radcliff, who graduated from Longwood in 1992, has been tapped as rector.

Radcliff has served on the board for six years, two of which she served as rector, according to the release.

Radcliff works as vice president of Kemper Consulting, a prominent Richmond-based lobbying firm and has had several positions in Virginia state government, including assistant secretary of transportation, according to the release.

She was first appointed to the board in 2011 by Gov. Bob McDonnell and re-appointed by Gov. Terry McAuliffe in 2015.

Board member and former rector the Hon. Robert S. Wertz was not reappointed to the board by the governor, and board member Stephen Mobley will rotate off, having served a maximum two-term appointment.

“Marianne’s love of Longwood is unmatched,” Reveley said in the release. “She has been a strong leader on this board, as well as a great friend and mentor to me, and I am excited she is returning for a second stint as rector.”

The new members of the board are Nadine Marsh-Carter, president and CEO of the Children’s Home Society of Virginia, and Ricshawn Adkins Roane, chief of staff at the Jack Kent Cooke Foundation.

Michael Evans, a retired commonwealth and City of Richmond official, will also serve on the executive committee, according to the release.

Roane said in a statement she was excited to take part in serving on the board and in the community.

“I am deeply honored to have been appointed to Longwood University Board of Visitors by Gov. McAuliffe,” Roane said. “Having served in higher education and the non-profit and private sectors for nearly 20 years, I am excited at the prospect of joining Longwood’s vibrant community and contributing to its future success.”

Reveley noted Wertz and Mobley’s departures in the release, thanking them for their service to the university.

“I am so deeply grateful to Steve and Bob for the countless hours they have spent, and the energy and expertise they have contributed to making their alma mater a better place for students, faculty and staff,” Reveley said.

“They have been tireless advocates for college affordability, and for our employees, and champions for the kind of residential liberal arts education that has been so meaningful in their own lives.”