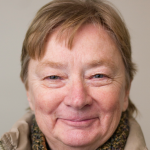 According to the release, the public was asked to nominate heroes who inspire positive change in and around their communities.

“The Hometown Heroes award has become an annual tradition at Allen & Allen, allowing the law firm to honor over 400 individuals since 2010,” officials said in the release.

Payne is the founder of the Heart of Virginia Free Clinic, which serves almost 400 patients in Prince Edward and surrounding counties. According to the release, the winning Allen & Allen Hometown Heroes will be honored at a series of award events over the summer taking place in Richmond and Charlottesville.

“The law firm invites community members to join them in celebrating these extraordinary individuals,” officials said in the release.

WASHINGTON, D.C. — Following the death of Otto Warmbier — a University of Virginia student who was the victim of... read more