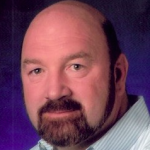 Mark was a Specialist in the 11th Armored Calvary Regiment, United States Army for 14 years.  He loved working with others in his careers as a phlebotomist and CNA at the Appomattox Medical Center and Centra Lynchburg General Hospital.

Mark was preceded in death by his father John V. Saunders.

The family would like to thank Mark’s many friends, especially at Appomattox Medical Center, the Hematology and Oncology team at Centra Lynchburg General Hospital and the doctors and nurses of Guggenheimer Health and Rehabilitation Center for all of their support.

A memorial service was held June 27, 2017 at the Dunkum Funeral Home.  Interment will be held at a later date in Sherwood Memorial Park, Salem, Virginia.

Memorial contributions can be made to the American Cancer Society.